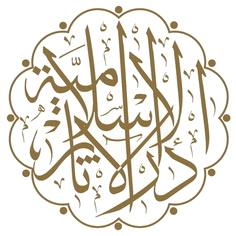 The Dar Al-Athar Al-Islamiyyah will open doors to the newly renovated Al-Americani Cultural Center on 24th of February coinciding with Kuwait’s National Day celebrations. Kuwait celebrates its 50th year of independence as a nation and the 20th anniversary of the Iraq invasion this year.

Dar Al-Athar Al-Islamiyyah Director, Abdul Kareem Al-Ghadban said, “The training facility will provide young Kuwaitis with the skills necessary for positions such as museum management assistants, curator assistants and to work as tour guides.”He explained that graduates of the facility will be able to assist with any work that is involved in the day-to-day running of a museum.

We are looking at the year 2014 as our target for the Kuwait National Museum to re-open its doors to the public where we plan to showcase the magnificent Al-Sabah Collection, “Treasury of the World,” said Al-Ghadban. “In the meantime, we will house part of the collection in our purposely built exhibition center here at Al-Americani Cultural Center.

The Al-Sabah Collection began in the 1960s when Sheikh Nasser Sabah Al-Ahmed Al-Sabah developed an appreciation for the works of craftsmen and artisans of early Islamic societies. His wife Sheikha Hussah Sabah Al-Salem Al-Sabah says, “What started as a private hobby has turned into a full-fledged museum.

The collection of 30,000 pieces were housed in the Kuwait National Museum and remained there until the Iraqi invasion in August 1990. Since then, some of the collection has been touring the world and pieces that were stolen during the war have been returned awaiting the reopening of the National Museum.