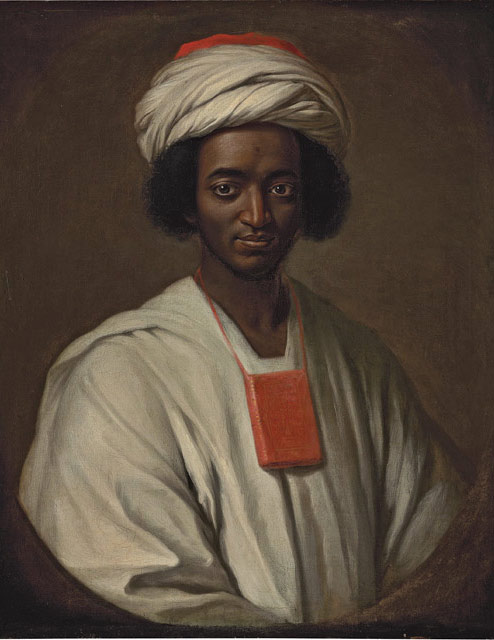 The Qatar Museums Authority (QMA) and the National Portrait Gallery, London announce a cooperative agreement relating to the portrait of Ayuba Suleiman Diallo, painted by William Hoare of Bath in 1733.

Following the purchase of the work by QMA at Christie’s in November 2009, the painting was the subject of export restriction, having been judged by the Reviewing Committee on the Export of Works of Art to be of outstanding importance to the history and culture of Britain. It was on this basis that the National Portrait Gallery expressed its strong interest in the painting.

QMA has now decided to lend the work to the National Portrait Gallery for a five year period. It goes on display at the Gallery from tomorrow Thursday 20 January 2011. QMA will support a programme organised by the Gallery to include the conservation of the painting, research and interpretation, a UK tour to include Leicester, Liverpool and the North-East, and an exhibition to visit Doha in 2013. As part of the programme, an intern from Qatar will spend time working at the National Portrait Gallery.

Roger Mandle, Executive Director of the Qatar Museums Authority, says: ‘I am delighted that we now are able to share such an important painting with audiences in Britain. Working with the National Portrait Gallery will allow the cultural, historical and religious significance of this portrait to be fully researched. This material can then be shared on an international basis.’

Sandy Nairne, Director, National Portrait Gallery, says: ‘This is a good example of international cooperation between museums, which will extend the opportunities for people to understand the importance of Ayuba Suleiman Diallo. It is a portrait that sheds new light on cultural and intellectual exchanges in the first half of the eighteenth century. We are extremely grateful to all those people who were so enthusiastic about the appeal, and we will be following-up to return funds. I am very pleased that everyone will be able to see this fascinating painting on the walls of the Gallery and on tour.’

Ayuba Suleiman Diallo (also known as Job ben Solomon) by William Hoare of Bath will be on display at the National Portrait Gallery in Room 15 from 20 January 2011.