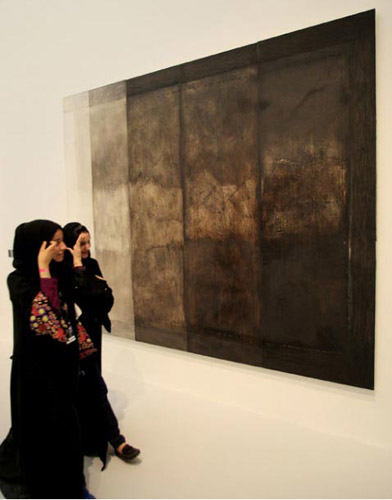 Mathaf presents Sajjil: A Century of Modern Art on view till 28th of May, 2011 : an inaugural exhibition of highlights from the collection, featuring works by more than 100 artists and representing pivotal experiments in aesthetics. Sajjil, an Arabic word meaning the act of recording, initiates a space in which various narratives can be articulated in an effort to allow. 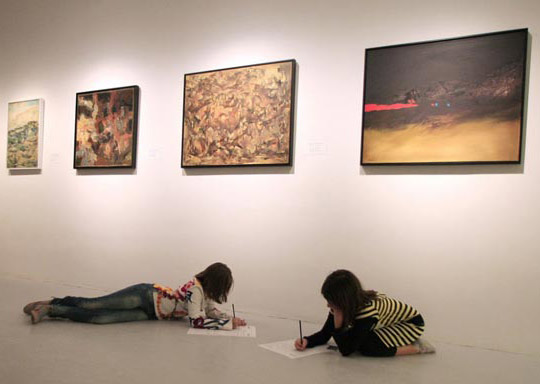 Children under the work of Egyptian Artist Ramsis Younan (1913-1966)

The exhibition contributes to a renegotiation of the positions of Arabs to and in modernity. It acknowledges the multiplicity of experiences that form Arab modern art and emphasizes the several common moments that justify a collective identity. It is organized around several themes that overlap and intersect, where ideas cut across chronology, and discontinuity and rupture are part of the story. 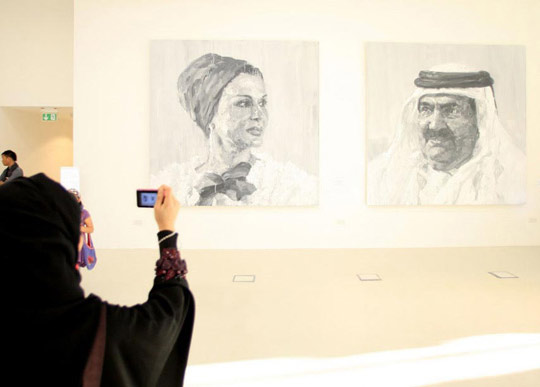 A vistors take a picture of Yan Pei Ming’s painting 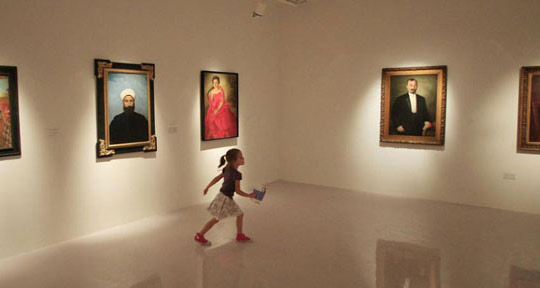 Sajjil: A Century of Modern Art is organized and curated by Dr. Nada Shabout, guest curator and consultant, Associate Professor of Art History and Director of the Contemporary Arab and Muslim Cultural Studies Institute at the University of North Texas; Wassan Al-Khudhairi, Mathaf’s Chief Curator and Acting Director; and Deena Chalabi, Mathaf’s Head of Strategy. 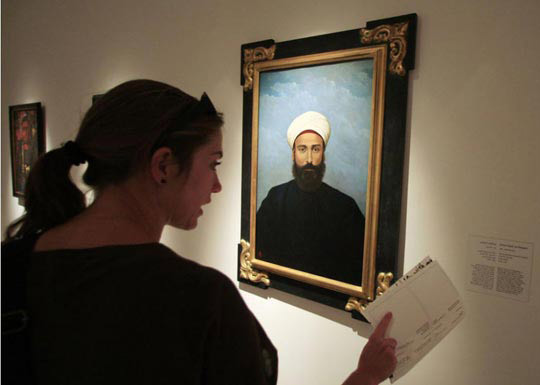 Abdul Qadir Al Rassam (1882-1952), was born in Baghdad, Iraq. He was the first well-known painter in modern Iraq and the leader of realism school in Iraq.

“In Qatar, we are creating a new paradigm for museums in the 21st century, redefining their context, philosophies and operations,” said QMA Executive Director Roger Mandle. “The Mathaf experience is centered on dialogue and interactivity, and will become a unique arts space for the community.”

“Mathaf aims to become a resource for its visitors—both physical and virtual, local and global—to learn about modern Arab art,” said Chief Curator and Acting Director Wassan Al-Khudhairi. “We are proud to follow His Excellency Sheikh Hassan’s lead as pioneers in this growing field, and to honor the seminal artists who have profoundly impacted the art of our time.”

Qatar as the world’s biggest contemporary art buyer
Artistic Treasures of the Islamic World in March, Doha by So...
Qatar Looks to Balance Its Arts Scene