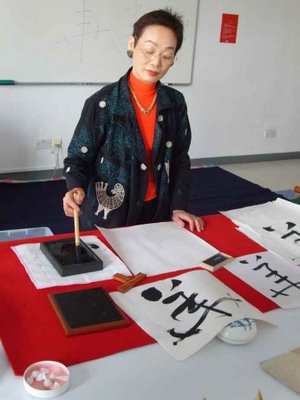 “Soul of Modern Japanese Calligraphy” is the Solo Exhibiton presenting the artworks  of Ms.Tankei Maruyama and is the first major contemporary Japanese calligraphy exhibition in Kuwait, which will be held on the occassion of the 50th anniversary of Kuwait-Japan diplomatic relations.

Since 1989, Ms.Tankei has exhibited her works in Japan, HongKong, Frankfurt, Paris, New York and Dubai.

The exhibition will continue till 31st of January.