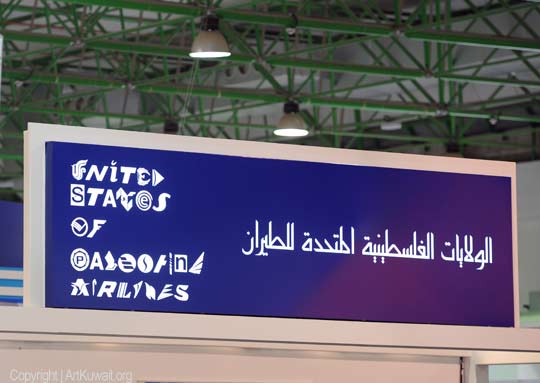 For the first time in ArtKuwait.org we post about the past exhibition but it was an important one and, unfortunately, we didn’t have in time any information about it.
United States of Palestine Airlinesby Khalil Rabah – it was the first part of 4 art projects of Palestinian artists in Kuwait.  The second project was by Tarek Al Ghoussein ( with billboards in Hawalli) and upcoming projects are by the artists Jack Persekian and Tarek Atoui. All the artists are well known internationally.

Khalil Rabah is a conceptual artist, he lives and works in Ramallah 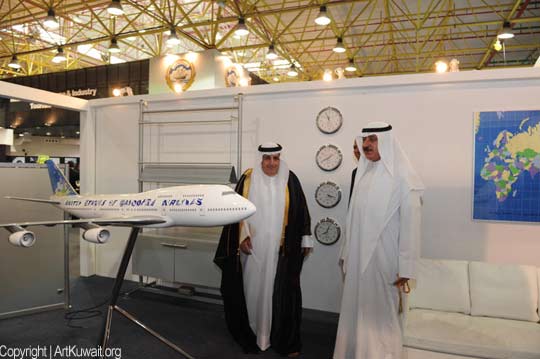 This work was an intervention that was done during The World Travel Expo in Kuwait. This is a travel expo that has very real airlines, with the intervention of a fictitious airline. This exhibition is part of a larger exhibition that is on-going with gorilla art projects that just pop up around town. Since this is Kuwait’s 50th year of Independence and 20th year of Liberation, the Kuwaitis are very proud of their country. The Palestinian community are also very proud that they were part of the nation building process of Kuwait. 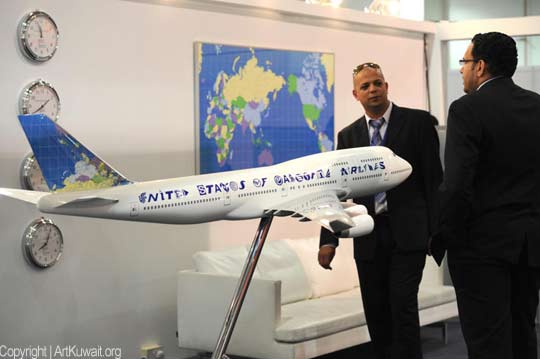 So this work is carefully placed in a public place space, to remind people that the Palestinians although they may not be here in dense population as they once were, contributed to this country. (Hence, the idea of immigration into Kuwait crosses your mind when you see this work). 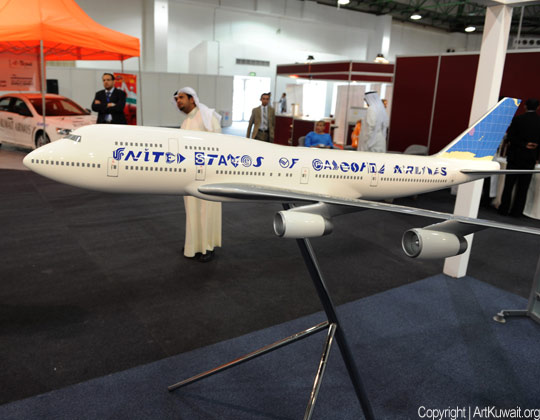 Art in public has never been done in Kuwait. So this work and the Hawalli roundabout work are very unique interventions. The intervention type of a fictitious concept (USPA) in a real environment (the Travel World Expo) has never been done in the Arab World. This is a testament that Kuwatis were always and still remain enlightened to have accepted this. Incidentally, no one knew that USPA was going to happen until the day before the event. Even then visitors at the Travel World Expo at the Mishref Fairgrounds were unaware that this was an art project, and not a real travel agency. The interaction between viewer, art installation and art attendant was an incredible experience. 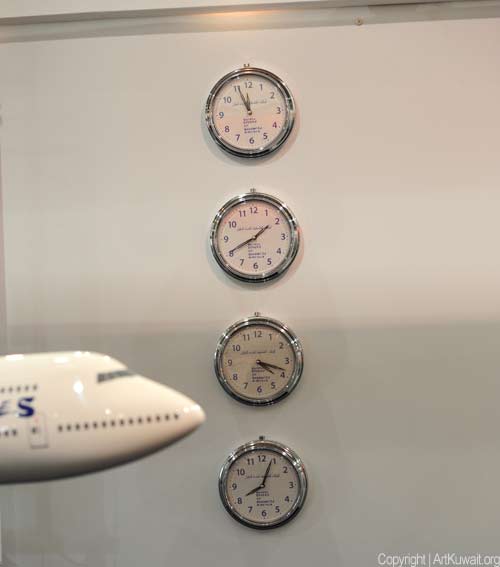 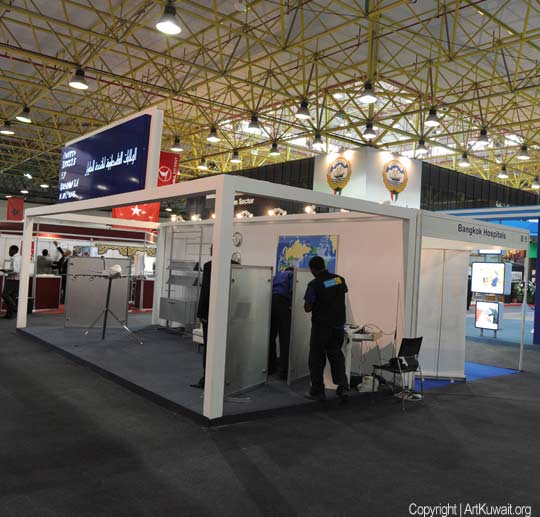