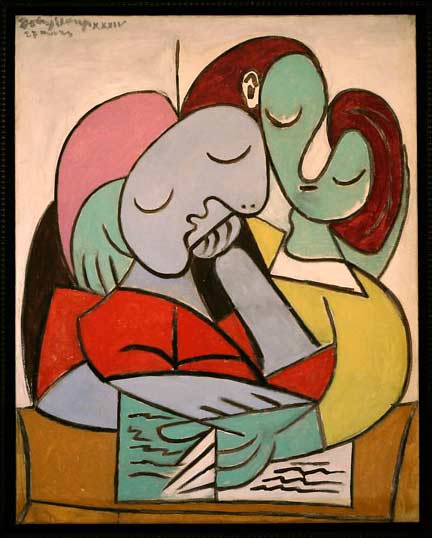 Impressionist & Modern Art Evening Sale 3rd of May, 2011 at Sotheby’s New York achieved $170,478,000, within the overall pre-sale estimate ($158.9/229.7 million). The auction was 74.6% sold by lot, and saw a total of 37 works sell for over $1 million. Pablo Picasso’s Femmes lisant (Deux personnages) was the top lot of the night, achieving $21,362,500, and auction records were established for the Surrealist artist Paul Delvaux and for a sculpture by Paul Gauguin.

“This evening’s sale saw solid bidding activity from around the world, both in the room and on the phones,” said Simon Shaw, Head of Sotheby’s Impressionist & Modern Art Department in New York. “Pablo Picasso was our dominant artist tonight. We sold a fabulous selection of eight works spanning his career which was led by our cover lot, an exceptional image of Marie-Thérèse Walter and her sister reading that sold for more than $21 million. Another high point of the night was the Jawlensky, a prime work by the artist and the finest we have seen since we achieved the world record in 2008.”

“What unified the top-selling lots in tonight’s sale was great visual presence and vibrant color,” continued David Norman, Co-Chairman of Sotheby’s Impressionist & Modern Art Department Worldwide. “As always, fair and conservative estimates really whet the appetite and increase bidding. The results demonstrate demand across all of the different categories represented. Surrealism did wonderfully, as we saw with the record-breaking price achieved by the Delvaux, and the strong prices brought for both Dalí and Magritte. Impressionist works held up well, with the Monet selling for nearly $6.3 million–twice the price it brought in 2004. Sculpture also performed well, as did the spectacular Expressionist artist Jawlensky.”

Works by Pablo Picasso highlighted the top lots from tonight’s sale, with eight of the ten paintings on offer finding buyers. The sale was led by Picasso’s Femmes lisant (Deux personnages), which brought $21,362,500 and sold to a private collector. Painted in 1934, the work is a striking portrayal of Marie-Thérèse Walter–the artist’s beloved mistress during the 1930s–reading with her sister. The canvas is among the most monumental of the iconic series of pictures depicting the young woman, and was last on the market in 1981.

Three paintings by Picasso from the Collection of Dodie Rosekrans also highlighted the group: the monumental Couple à la guitare from 1970 brought $9,602,500; Femme, from a small series of Surrealist works known as the “Bone” pictures, achieved $7,922,500 after a heated competition and exceeded its pre-sale high estimate of $5 million (pictured right); and Fillette aux nattes et au chapeau vert, a tender depiction of the artist’s daughter Paloma, also exceeded its high estimate in selling for $5,906,500. In total, works from the Rosekrans Collection brought $23,431,500, just shy of their collective pre-sale high estimate.

Another standout of tonight’s sale was Paul Gauguin’s Jeune tahitienne. The exquisite wood carving set a new record for a sculpture by the artist when it sold for $11,282,500, also marking the eighth-highest price for any work by the artist at auction. Jeune tahitienne was carved during Gauguin’s first trip to Tahiti between 1890 and 1893, and is the only fully-worked bust portrait the artist is known to have created. In 1894, Gauguin presented the sculpture to Jeanne Fournier, the 10-year-old daughter of critic and collector Jean Dolent, having promised to bring her a gift from the tropics. In addition, competition was fierce for Alberto Giacometti’s Femme debout. More than seven bidders vied for the bronze before it sold to client on the phone for $7,362,500, more than double the high estimate of $3 million.

Alexej von Jawlensky’s Frau mit grünem Fächer (Woman with a green fan) achieved $11,282,500, just under its high estimate of $12 million. This price is the second-highest for a work by Jawlensky, and Sotheby’s now holds the top three prices for the artist at auction. Pulsating with vibrant color and rich, painterly detail, the extraordinary work exemplifies the artist’s talents as a key figure in the Expressionist movement.

Following the success of Salvador Dalí’s Portrait de Paul Éluard, which set a record for any Surrealist work at auction when it sold for $21.7 million at Sotheby’s London in February of this year, tonight’s sale in New York saw strong prices for several Surrealist works. Paul Delvaux’s spectacular Les Cariatides from 1946, which ranks among the most celebrated and widely-known compositions of his career, set a new auction record for the artist when a prolonged bidding war drove its price to $9,042,500 (est. $5/7 million). René Magritte’s Quand l’heure sonnera brought $5,962,500, while six bidders clamored for Salvador Dalí’s extraordinary portrait of Helena Rubinstein. Consigned by the Helena Rubenstein Foundation, the work brought $2,658,500, well in excess of its $1.5 million high estimate.