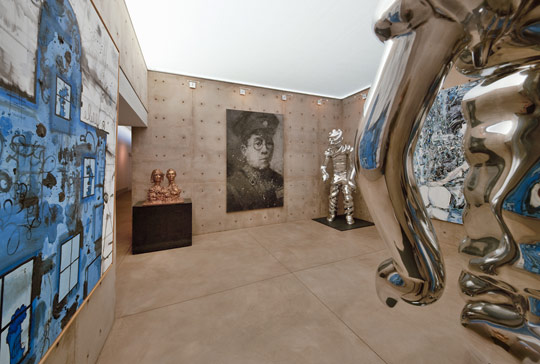 The Art Newspaper gave a short analysis to the art market, our particular interest on the Gulf Area:

This region presents a very different picture. While China and India have a huge potential pool of buyers, the wealthy Gulf states have just a handful of collectors, essentially members of the ruling families, but have breathtaking resources thanks to oil and gas revenues.

With highly ambitious museum programme, they are already major buyers of works in the modern and contemporary fields—the Qatari ruling family famously bought the Rockefeller Rothko (Yellow, Pink and Lavender on Rose, 1950), as well as Hirst’s Lullaby Spring, 2002, and is thought to be a major buyer of Bacon and many other blue-chip artists.

Much has been written about the motivation for these museums and collections, from creating attractive new cultural hubs for the post-oil era, to a desire to establish their countries on the same cultural level as the West, to a more cynical “because they can”. The Gulf has virtually skipped the “domestic focus” buying phase and gone directly to the international market, partly because there is a very limited supply of local art. The exception is Qatar, which has a large collection of Arab and Middle Eastern artists in the newly opened Mathaf.

It is only about Qatar, art market in Dubai is quite different and regarding Kuwait…Kuwait doesn’t have any ambitious museum programme, as well as Museum of Modern Art in Kuwait still (we are in third millenium) doesn’t have a web-site.