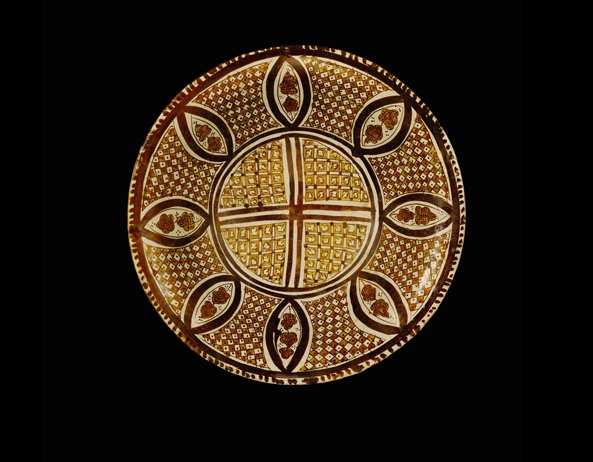 Sotheby’s announced that the forthcoming Arts of the Islamic World Evening Auction will feature for sale 27 exquisite Islamic Ceramics from the Collection of Harvey B. Plotnick. Estimated at £2.6-3.6 million, the 27 pieces represent the first offering of a three-part-sale of the collection at Sotheby’s. The Evening auction, which also includes an assemblage of 17 rare and highly important works of Islamic Art sourced from collections across the globe, will take place on Tuesday, October 4, 2011 and carries a combined estimate of £9-13 million. The Arts of the Islamic World Day Sale will take place on Wednesday, October 5, 2011 and is expected to realise in excess of £9 million.

Commenting on the market and the Arts of the Islamic World Evening Auction, Edward Gibbs, Senior Director and Head of Sotheby’s Middle East Department, said: “The demand for works of art relating to the field of Islamic Art has never been so strong and is growing rapidly, demonstrated by the record-breaking prices and auction totals achieved at Sotheby’s in April for rare and important pieces with outstanding provenance. To bring to market this autumn the truly exceptional collection of Islamic Ceramics assembled by Harvey B. Plotnick is therefore a tremendous privilege for Sotheby’s. Part One of this collection of outstanding masterpieces of Muslim craftsmanship from across the Islamic world will afford collectors and connoisseurs an unrivalled opportunity to acquire some of the rarest and most important ceramics relating to the Islamic World ever to be offered at auction.”

Discussing his collecting in the introduction to Perpetual Glory: Medieval Islamic Ceramics from the Harvey B. Plotnick Collection, collector and connoisseur Harvey B. Plotnick, said: “My style of collecting is first to steep myself in the subject at hand; only later do I begin acquiring. I set about educating myself on the subject of my new passion, for this is one of the greatest joys of collecting: exposing oneself to new worlds of learning, not only about the objects themselves but also about their context, the places and periods in which the works originated.” Commenting on building this particular collection, Mr. Plotnick wrote: “I began by purchasing books, in and out of print; first those devoted to Islamic ceramics, and, later, works pertaining more broadly to Islamic art.”

Sotheby’s will offer for sale the Harvey B. Plotnick collection in three parts over two years in London:
• Part One in October 2011;
• Part Two in April 2012; and
• Part Three in October 2012.