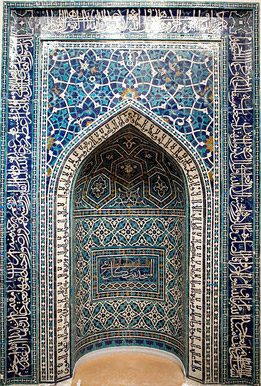 A 14th-century prayer niche, or mihrab, from a theological school in Isfahan, Iran

Over the last three years in a suite of galleries concealed from public view on the second floor of the Metropolitan Museum of Art, it is as if Irving’s fable of Islam’s rich past has been unfolding in reverse. Treasures, in this case more than a thousand pieces from the museum’s extensive holdings of Islamic art, have been slowly populating newly constructed rooms, taking their places in gleaming new vitrines with Egyptian marble underfoot and mosque lamps overhead, amid burbling fountains and peaked arches framing views of 13 centuries of art history.

“Thirty years ago there was just a small group of specialists interested in this material and a few people who collected rugs and objects,” said Sheila Canby, who was recruited from the British Museum to lead the Met’s Islamic department and oversee the completion of the reinstallation. “Now there’s much more attention and anticipation, though I think it’s driven by news events that are focused mostly on war. The history and culture represented by the objects in these galleries is still not known nearly as much as it should be, and the goal here is to change that.”

Over the last year and a half the museum allowed a reporter to watch the galleries come into being, as bare brick walls were slowly transformed into visions of ninth-century Baghdad, medieval Iran and early Islamic India, and as the museum found itself in a transformed position. It had long harbored ambitions to put its Islamic holdings in a bigger spotlight. 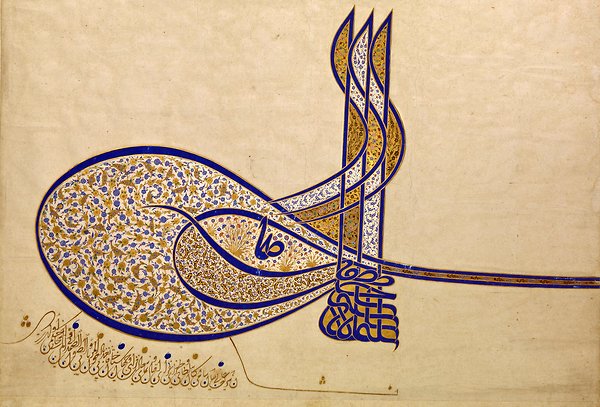 A tughra, or official signature, of Suleyman the Magnificent, from about 1555.