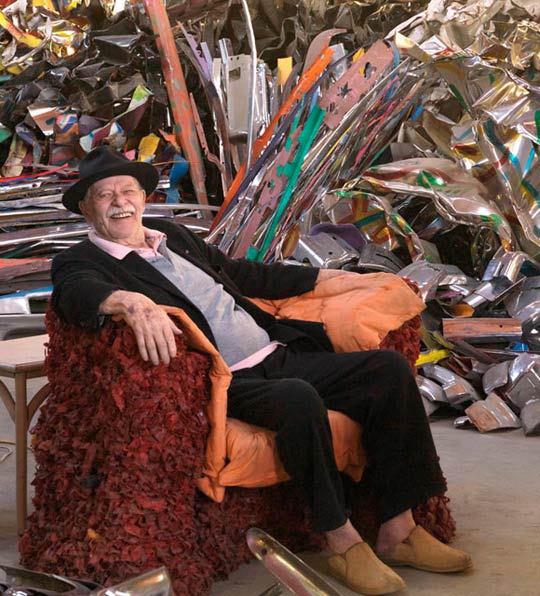 Gagosian Gallery announced that John Chamberlain has died on December 21, 2011, in Manhattan.

Brandishing a wicked sense of humor and notoriously ornery, Chamberlain was a larger-than-life personality who was as bold and expressive as his sculptures, photographs, paintings, and films. He was constantly experimenting with new materials and processes over his five-decade long career—including discarded automobile parts, galvanized steel, paper bags, Plexiglas, foam rubber, aluminum foil–revealing a near-constant stream of inventiveness.

Born in 1927 in Rochester, Indiana, Chamberlain briefly studied painting at the Art Institute of Chicago (1951–52), and at the avant-garde Black Mountain College (1955–56). Chamberlain has been the subject of more than 100 single-person exhibitions around the world, and his first retrospective, at New York’s Solomon R. Guggenheim Museum in 1971, is to be followed by a second retrospective at the same museum in February of 2012.

Larry Gagosian said “John Chamberlain made an indelible mark on the history of art in the twentieth century. He was a spectacular, roaring figure who embodied the fierceness of mid-century American art and who was unparalleled in his adaptation of unlikely materials for his sculptures. His influence will be long reaching, and his death is a great loss. Our condolences go out to his family and friends.” 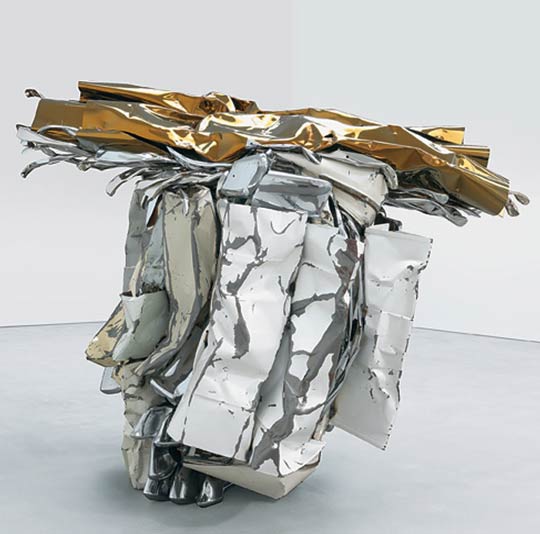