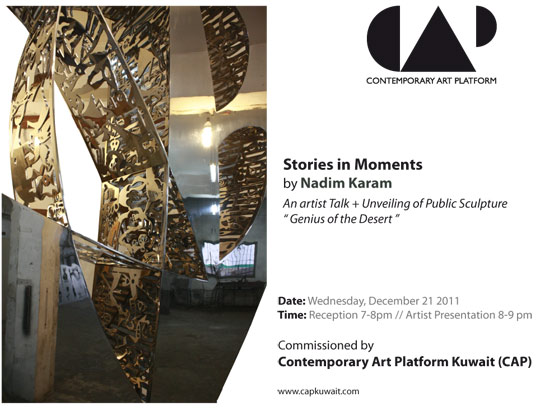 Nadim Karam graduated from AUB in 1982, and went on to do his MA and PhD in architecture at Tokyo University on a Japanese Government scholarship. Returning to post-war Beirut, he founded Atelier Hapsitus with the idea of forming a  multi-disciplinary group to create an original urban vocabulary. Their first work was a theoretical on a destroyed city centre ( Hilarious Beirut), which was followed by urban art interventions in Beirut during Solidere’s infrastructural phase, then others in Prague, Japan, UK and Australia. Publications on his work include Voyage (2000), Urban Toys (2006) and The Cloud, the Desert and the Arabian Breeze (2007)

CAP: Nadim Karam and Presentation of Genius of the Desert an...