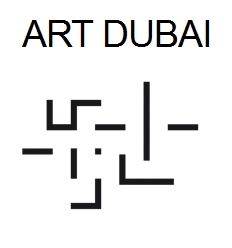 Art Dubai goes into its sixth year with a dynamic, curated programme, consolidating its position as the key point at which the international art world meets the art scenes of the Middle East and South Asia. After welcoming over 20,000 visitors in 2011, the region’s leading fair features its biggest programme to date, expanding the Global Art Forum, launching artists’ and curators’ residencies, and establishing a year-round education programme.

Art Dubai (March 21-24, 2012), held in partnership with Abraaj Capital and sponsored by Cartier, takes place at its home Madinat Jumeirah.

“Over the past decade, Dubai has become known as an international art hub,” says Antonia Carver, Art Dubai Fair Director. “This growth has been organic, with a scene characterized by enthusiastic, enquiring audiences and dedicated local patrons. Art Dubai is both a catalyst in this development and illustrative of it.”

“This year’s fair promises to deliver an unrivalled collection of varied yet tailored programmes for everyone, from the world’s leading collectors and art professionals to students and families,” says Antonia Carver. “We’ve been proud to see such enthusiasm and support for Art Dubai from gallerists new and old over the past five years, throughout the Middle East and globally; our partners – galleries, institutions, artists, curators, collectors, sponsors and the media – have been the driving force behind making Art Dubai the distinct cultural platform that it has become.”

2012 Highlights
The Global Art Forum expands to six days, beginning on March 18-19, hosted by the Qatar Museums Authority at Mathaf: Arab Museum of Modern Art, Doha. It continues at Art Dubai, Madinat Jumeirah, March 21-24. Supported by Dubai Culture & Arts Authority (Dubai Culture) and in partnership with Mathaf, the Forum is directed by writer Shumon Basar and looks at ‘The Medium of Media’. In 2012, it features commissioned projects, publications, blogs and long term initiatives, as well as the six days of conversations, presentations and screenings. “The Global Art Forum is a ‘media production’ that features an array of media formats — live, pre-recorded, ongoing— as well as diverse voices, both regional and international, from the worlds of film, journalism, economics, social media, literature, publishing, and of course, art,” says Shumon Basar.

Developing a platform where students, graduates and enthusiasts can exchange ideas and gain insight into the region’s arts scene, Art Dubai has expanded the fair’s educational programme to engage the broadest community within the UAE. The Art Week Education Programme includes monthly art and design seminars hosted at the Pavilion, Downtown Dubai. These began in December, and three more are scheduled before Art Week in March. The seminars are accompanied by an intensive internship programme across the fields of art and design.

Art Dubai, the Delfina Foundation, Dubai Culture & Arts Authority and Tashkeel have launched Artists-in-Residence (A.i.R) Dubai 2012, an annual programme that selects six artists and one curator for a three-month residency based in the historic quarter of Bastakiya, Dubai. The three international artists -Faycal Baghriche, Magdi Mostafa and Deniz Uster- are among other artists commissioned to make site-specific work at the fair, as part of Art Dubai Projects. All six artists, including Emirati practitioners Hadeyah Badri, Zeinab Al Hashimi and Nasir Nasrallah, will present their work at Open Studios in Sikka Art Fair during Art Week 2012.

Art Dubai Projects 2012, the fair’s critically-acclaimed interactive programme of curated commissions, films, talks and performances features dynamic new initiatives. The new residencies and commissioned projects are joined by live, city-wide radio programmes (a collaboration with L’Appartement 22, Rabat, and presented in conjunction with the Pavilion, Downtown Dubai); a new Performance Night staged in collaboration with not-for-profit organisationTraffic, Dubai; plus the return of film and video screenings. In 2012, Art Dubai Projects has commissioned Carlos Celdran (Philippines) and Koken Ergun (Turkey) to devise and create interactive performative tours that reflect on the fair’s format and economy.

Marker, the curated section of concept stands now in its second year, looks to the East in 2012, turning its focus to the dynamic contemporary art scene in Indonesia. Commissioned by Art Dubai, Yogyakarta-born curator Alia Swastika has invited five Indonesian galleries to participate: Ark Galerie, Biasa Artspace, Galerie Canna, D’Gallerie, and Jogja Contemporary. These five galleries, which rarely show in international fairs, are working with artists to produce new work for Art Dubai. Marker exemplifies Art Dubai’s essential role as a fair of discovery for both the local and international arts communities.

The DXB Store, a museum-style outlet featuring limited edition art and design objects made in the UAE, returns for the second year. In 2012, Art Dubai is inviting UAE-based designers and artists to apply with their ideas or products, via an Open Call, to be reviewed by a stellar jury, including furniture and objects designer Khalid Shafar, s*uce co-founder Zayan Ghandour, and designer Manabu Ozawa. The 2012 DXB Store will feature an eclectic and original selection, everything from artists’ multiples and jewelry to stationery and design collectibles.

Art Dubai is part of Art Week, the umbrella initiative that includes Art Dubai (March 21-24) and Sikka Art Fair (organized by the Dubai Culture & Arts Authority, and taking place in Al Bastakiya, March 15-25), and a range of contemporary art and design events, major museum shows, and new gallery exhibitions and artists’ projects, taking place each March. Art Week positions the Gulf as a place of artistic production and home to multiple cultural centres.