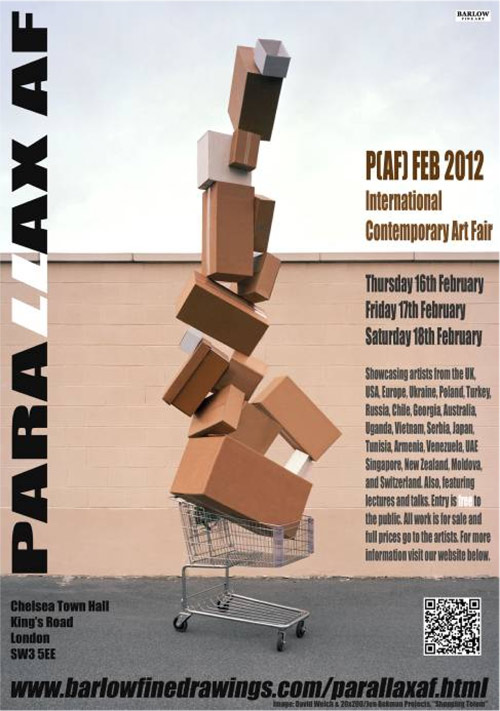 After a successful 2011, Parallax AF, or P(AF) as it is sometimes referred to, is moving to Chelsea Town Hall in the fashionable King’s Road area of Chelsea, London, with a sister project, Plat4m, remaining at La Galleria, Royal Opera Arcade, Pall Mall.

“Not only is the Chelsea venue in a superb location for clients and artists alike,” explains Dr. Chris Barlow, Director of BFA and P(AF) International, “it also enables us to provide more dedicated space for artists, as well as a lecture theatre and other amenities, such as a restaurant. Our usual four private views alone were attracting over 2500 guests, so it made sense to upscale the venue. Importantly, we will still keep it affordable and flexible for exhibitors, and entry will be free for visitors. That means clients can experience a much wider variety of art from around the world where there is cross-over of cultures and exchanges of ideas. I’m very pleased that increasing numbers of artists are joining us from Turkey, Eastern Europe, Iran and Africa. Interestingly, we have art concerning aspects of the Arab Spring made by artists in that region, which brings a perspective from people actually living through it.” 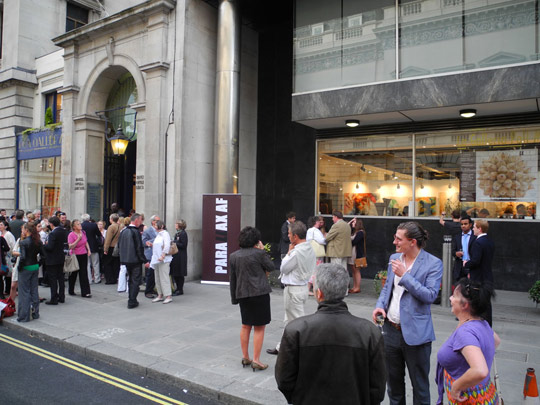 Unlike artist fairs that can sometimes market themselves as anti-dealer, P(AF) emphasises that it is also a bridge between dealers and the artist community, even showcasing young emerging dealers in previous editions. Its attempt to integrate new theories, and its catalogue essays on the practical implications for contemporary art and collecting drawn from discussions concerning epistemology and art history, have made it appealing to some industry people and academics.

A feature of the event is the P(AF) Inaugural Lecture, given in the past by important cultural thinkers, such as the Californian art historian Professor Donald Preziosi. In February, it will be given by the historian, Professor Alun Munslow.

“Visiting a P(AF) is to experience a living poetic metaphor, not simply an event or art fair,” explains Dr.Barlow. “There are many assumptions about the art object that affect every aspect of any fair, such as selection committees and how they function in relation to objects and knowledge. Where P(AF) differs is that we identify the problem and then rather bravely put it ‘out there’ for public debate. Far from being stuffy or high-brow, the point here is to emphasise a further democratisation of contemporary art so that more people can feel confident about collecting and commenting on visual art culture.”

Parallax AF is the first art fair of its kind to use new theories from art history in its approach. It showcases established and emerging international contemporary artists. It is a serious platform for artists to present their work to national and international dealers, art-industry people, collectors, critics and buyers without commission charges in an exhibition format underpinned with critical theory.

• Entry is free to the Public.