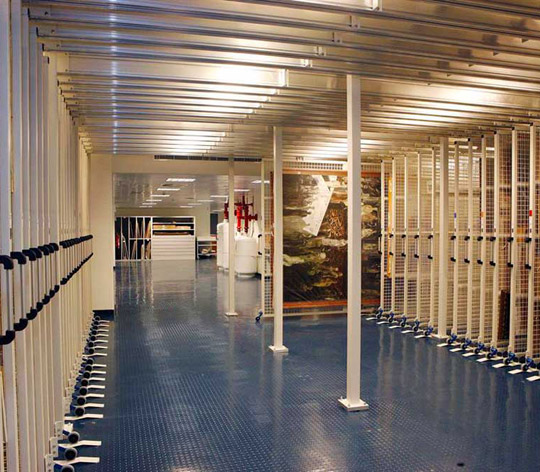 Sheikh Khalifa bin Zayed Al Nahyan, the president of Abu Dhabi, one of the emirates leading the cultural push in the Gulf, is combining the country’s existing authorities for tourism, culture and heritage to create one super-agency. The new Abu Dhabi Authority for Tourism and Culture will retain the assets, mandates and staff of the two agencies, according to the state-run Gulf News. “The establishment of the Authority is part of the plan for tourism development in Abu Dhabi, where the local heritage is considered to be central to tourism development in the emirate,” the report says.

Earlier this month, the Abu Dhabi Authority for Culture and Heritage announced the opening of “state-of-the-art storage facilities” on the ground floor of the National Archive Building in Abu Dhabi. The multi-purpose facilities were constructed to “safeguard, manage, and enhance national heritage”, and conform to international standards approved by Unesco, the authority says in a news release.