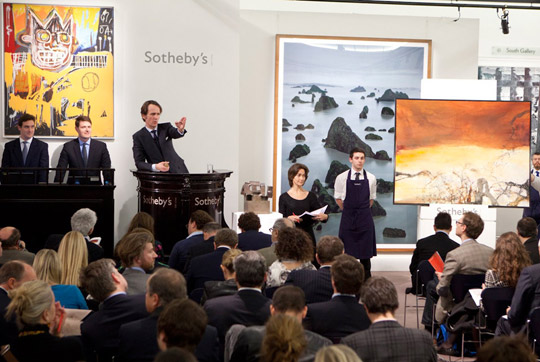 Sotheby’s Contemporary Art Evening Auction 15th of February, 2012  realised the exceptional total of  $79,672,106 surpassing presale high expectations. The auction established extremely strong sellthrough rates of 90.5% by lot and 94.6% by value and saw two artist records at auction set for A. R. Penck and Albert Oehlen. Buyers from 20 countries participated in the auction, which also witnessed 9 works sell for over £1 million, and 21 lots sell for over $1 million.

Following last November’s auction record for a work by Gerhard Richter, the top selling-lot of tonight’s sale was Abstraktes Bild (numbered 768-4) – one of the most vivid and commanding works from the artist’s cycle of abstracts executed in 1992 – which sold for  $7,634,626, exceeding its pre-sale high expectations (est. £3-4 million). The work appeared at auction for the first time this evening. 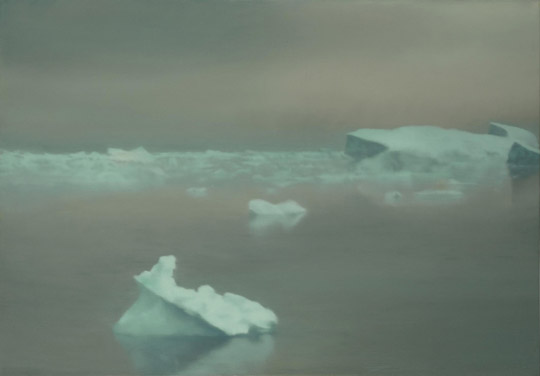 The second highest price established this evening of $6,754,418 was paid for the artist’s Eis (“Ice”) of 1981, which saw competition from no fewer than seven bidders both in the saleroom and on the telephones, more than doubling its pre-sale low estimate (est. £2-3 million). The price achieved represents the auction record for a landscape by Gerhard Richter. This photo realist work is the definitive paragon of the artist’s landscape paintings. 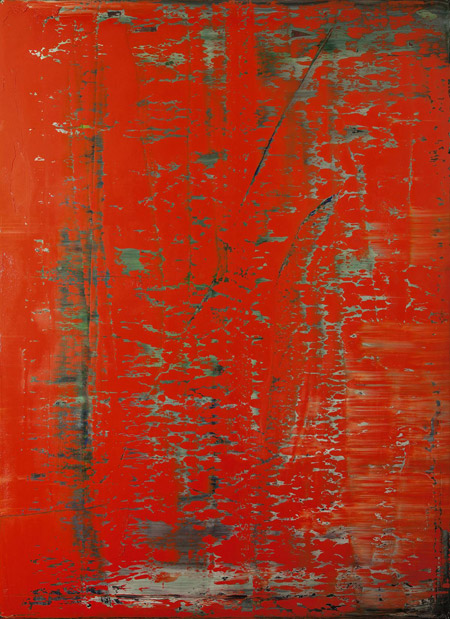 Abstraktes Bild (“Rot”), executed in 1991, saw competition from three telephone bidders and sold above its high estimate (est. £2.5-3.5 million). The work is a prime example of Gerhard Richter’s intellectual inquiry into abstraction. 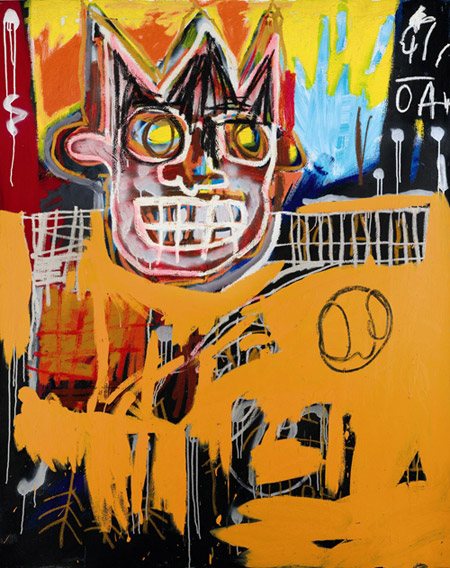 Jean Michel-Basquiat’s Orange Sports Figure – an unrivalled pictorial masterpiece and an exceptionally rareto-auction work – sold above its high estimate (est. £3-4 million). Within the past two weeks, during the presale view, Sotheby’s Contemporary Art department, made a major discovery in relation to the artist’s working process. Specialists learned that the painting, which was painted in 1982, the definitive year for Basquiat’s oeuvre, was signed by the artist in invisible ink only detectable using UV light, which significantly contributes to the scholarship on Basquiat’s short-lived career.

Discussing the results, Cheyenne Westphal, Sotheby’s Chairman of Contemporary Art Europe, said: “We’re extremely pleased with the results of tonight’s sale and the above-estimate total of £50 million which we achieved. We witnessed a huge depth of international bidding right across the auction, with buyers coming from no fewer than 20 countries. Gerhard Richter once again dominated, with all six of his works selling for an aggregate sum of £17.6 million, above the combined estimate for the group of £14.8 million, with four of the pieces falling within the top-ten selling works in the sale.” 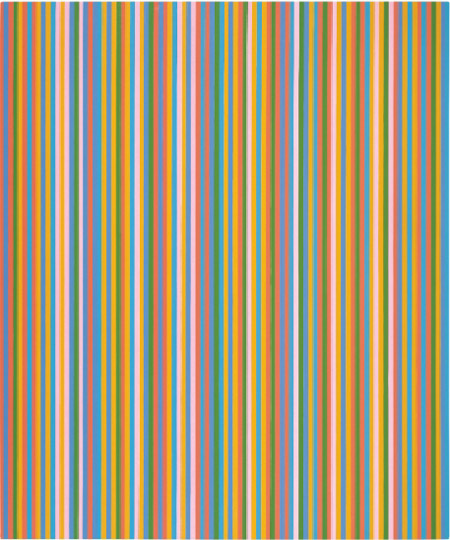 Continuing Sotheby’s successes in the field of British Art, Francis Bacon’s early work Figure with Monkey sold for $2,881,502  and Bridget Riley’s Tabriz sold well-above its high estimate for $718,706, setting the auction record for an Egyptian palette series work by the artist. 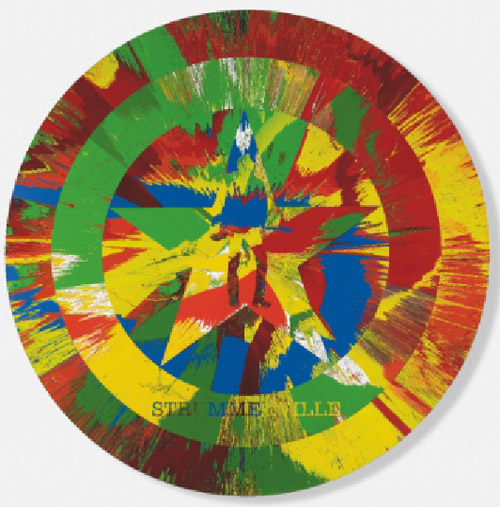 Damien Hirst’s Beautiful Strummerville Spin, The Future is Unwritten Painting was another of the evening’s successes, selling for $699,844. Executed in 2010, the work was donated by the artist to Strummerville, The Joe Strummer Foundation for New Music, of which he has been a trustee since the charity’s inception. It was sold tonight to help fund the foundation and continue their work. 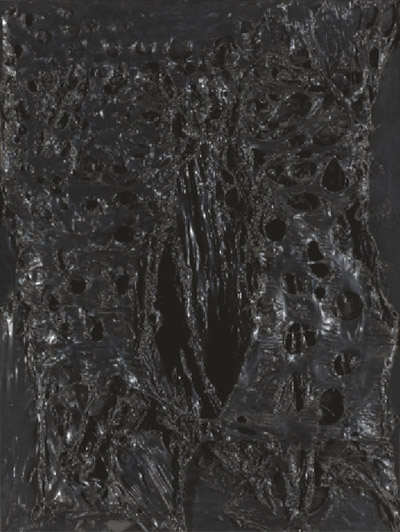 Stand-out results were also achieved in this evening’s auction for Italian art with the sum of $3,233,586 achieved for Alberto Burri’s Nero Plastica, a marvellous volcanic topography of molten black plastic. 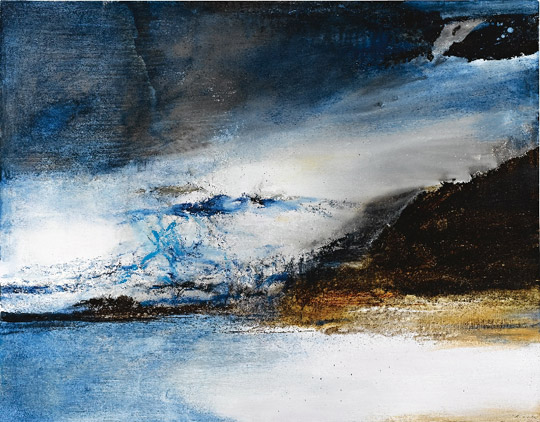 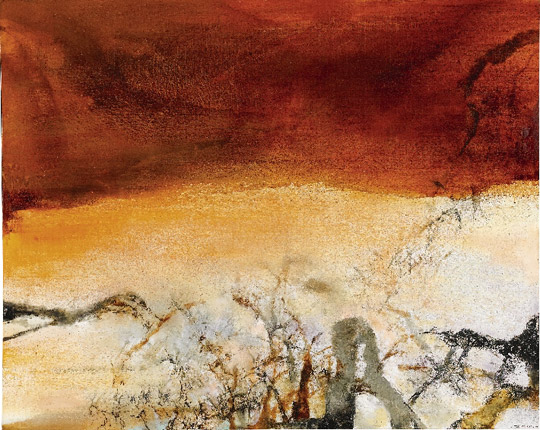