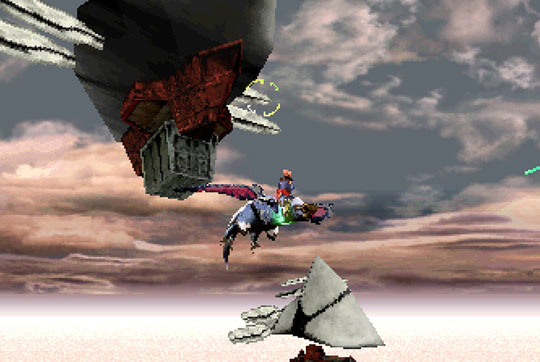 “The Art of Video Games” is one of the first major exhibitions to explore the 40-year evolution of video games as an artistic medium, with a focus on striking graphics, creative storytelling and player interactivity. The exhibition features some of the most influential artists and designers across five eras of game development, from early pioneers to contemporary designers. Video games use player participation to tell stories and engage audiences. In the same way as film, animation and performance, video games are a compelling and influential form of narrative art.

“The Art of Video Games” is on display at the Smithsonian American Art Museum from March 16 through September 30. Chris Melissinos, former chief evangelist and chief gaming officer for Sun Microsystems and founder of PastPixels, is the guest curator of the exhibition. Georgina Goodlander, the museum’s social media and Web content manager, is the exhibition coordinator. The exhibition will travel to 10 cities in the United States following its run in Washington, D.C.

“Video game designers are engaged in creating a world, as are all artists,” said Elizabeth Broun, The Margaret and Terry Stent Director of the Smithsonian American Art Museum. “The Smithsonian American Art Museum recognizes the designers and developers who create these beguiling worlds in this exhibition. Contemporary video games have taken this creative expression to a whole new level, and we are eager to explore this popular global phenomenon.”

“Video games are a prevalent and increasingly expressive medium within modern society,” said Melissinos. “In the 40 years since the introduction of the first home video game, the field has attracted exceptional artistic talent. Video games, which include classic components of art, offer designers a previously unprecedented method of communicating with and engaging audiences by including a new element, the player, who completes the vivid, experiential art form by personally interacting with the game elements.”

“The Art of Video Games” focuses on the interplay of graphics, technology and storytelling through some of the best games for 20 gaming systems ranging from the Atari VCS to the PlayStation 3. The exhibition features 80 video games, selected with the help of the public, that demonstrate the evolution of the medium. The games are presented through still images and video footage. In addition, the galleries include video interviews with developers and artists, historic game consoles and large prints of in-game screen shots.

New technologies allow designers to create increasingly interactive and sophisticated game environments while staying grounded in traditional game types. Five featured games, one from each era, are available in the exhibition galleries for visitors to play for a few minutes, to gain some feel for the interactivity. The playable games—Pac-Man, Super Mario Brothers, The Secret of Monkey Island, Myst and Flower—show how players interact with the virtual worlds, highlighting innovative new techniques that set the standard for many subsequent games.

Visitors to the exhibition are greeted by excerpts from selected games projected 12 feet high, accompanied by a chipmusic soundtrack by 8 Bit Weapon and ComputeHer, including “The Art of Video Games Anthem” recorded by 8 Bit Weapon specifically for the exhibition. These multimedia elements convey the excitement and complexity of the featured video games. An interior gallery includes a series of short videos showing the range of emotional responses players have while interacting with games. Excerpts from interviews with 20 influential figures in the gaming world also are presented in the galleries.

The museum invited the public to help select the video games in the exhibition. A pool of 240 games was selected by Melissinos and an advisory group consisting of game developers, designers, industry pioneers and journalists. Voting took place between Feb. 14, 2011, and April 17, 2011. More than 3.7 million votes were cast by 119,000 people in 175 countries.