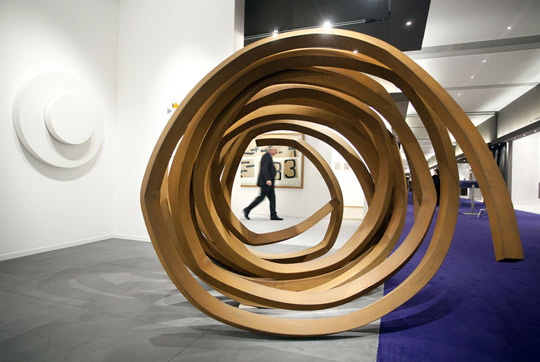 In 2012 TEFAF (16-25 March) celebrates its 25th anniversary. Over the years TEFAF Maastricht has come to be recognized as the world’s leading art and antiques fair. As a visitor to TEFAF you will experience an event that offers an unsurpassed choice of the very best in fine art. The Fair gives you a unique chance to view and to buy paintings from gold grounds to Anish Kapoor as well as objects reflecting 7,000 years of excellence in the decorative arts. A distinctive feature of TEFAF is its elegantly displayed genuine masterpieces offered by more than 260 of the world’s most prestigious art and antiques dealers from 18 countries.

TEFAF Maastricht has led the way in establishing proper vetting procedures, and they are still considered the most exacting. Twenty-nine vetting committees, made up of over 170 international experts in every field of art represented at the Fair, verify each and every object for quality, authenticity and condition, so visitors can always buy with confidence.

For directors and curators of major museums, as well as private collectors from around the world, a visit to TEFAF offers an opportunity to acquire some of the finest works still in private hands. 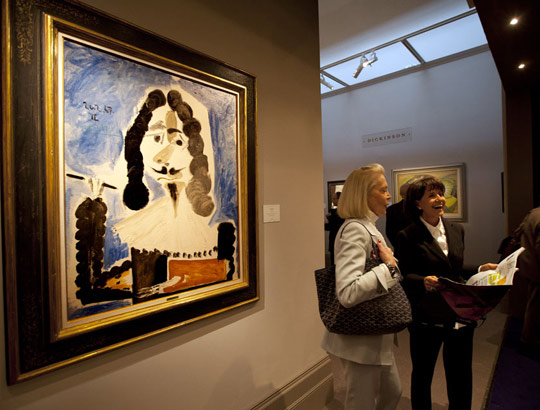 The Fair also revealed a renewed logo at the 2012 edition. These are among a number of initiatives celebrating an extraordinary 25 years which have seen TEFAF transformed from a relatively small-scale event into the world’s most important art and antiques fair attracting collectors, curators and connoisseurs from more than 50 countries. Photo: Harry Heuts 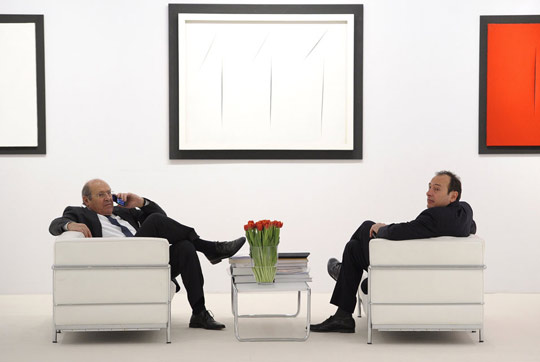 Two men sit at a booth during the press preview at the Art and Antiques Fair Tefaf in Maastricht, The Netherlands, 15 March 2012. The Tefaf is open tothe public from 16 until 25 March 2012. EPA/MARCEL VAN HOORN 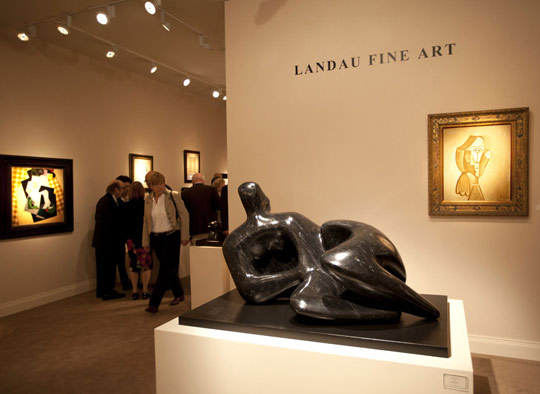 Landau Fine Art of Montreal is exhibiting Reclining Figure: Curved, a unique black marble sculpture by Henry Moore that has never been on the open market before. The 144cm long figure weighing 600kg and dating from 1977 was sold by Moore to an American private collector from whom Robert Landau has acquired it. Priced in the region of $35 million, it is one of the British sculptor’s greatest pieces. Photo: Harry Heuts 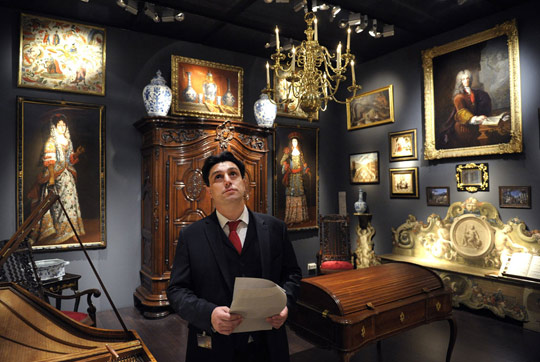 A man inspects the antiques displayed inside a booth during the press preview at the Art and Antiques Fair Tefaf in Maastricht, The Netherlands, 15 March 2012. The Tefaf is open to the public from 16 until 25 March 2012. EPA/MARCEL VAN HOORN