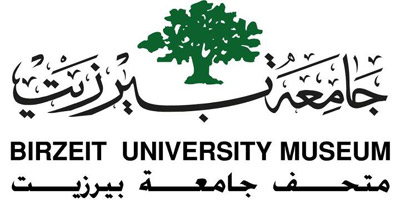 Jericho – beyond the celestial and terrestrial / 4th edition of Cities Exhibition, 2012 / Open Call

Throughout history the landscape of Jericho has been a reflection of the cosmological inquiry on the relationship between humans and deities; engaging in an unending yearning for connection with the infinite and eternal.

Myth, religion, philosophy and science are all rooted in the interpretation of the creation of the cosmos out of chaos. The cultural production of human societies reflected in space and time has always been a way of positioning humanity in relationship to divine power and in alignment with cosmic coordinates associated with mythical forces. The vertical dimension known as axis mundi is a central pole uniting heaven, earth and the underworld. The horizontal plane, as in the land of Jericho, defined by the east and the west rotational movement of the sun across the heavens gave human beings their primary orientation. With the bisection of the east and west with the north south axis, the sky and earth are divided into four quadrants, providing an elemental framework for celestial and terrestrial navigation and meditation.

Jericho – beyond the celestial and terrestrial unfolds five intertwining trails exploring concepts based on the four states of perceiving (thinking, feeling, intuition, and sensation). Artists are invited to explore the metaphoric nature of the landscape of Jericho in relationship with the mythical cosmic affiliations. Each trail is an attempt to seeking cosmic alignment within nature and finding ways of ritual practices that link humans with the cosmos.

Actors – The journey beyond the celestial and terrestrial is a process of inquiry and investigation in 5 trails crossing Jericho and its landscape. Heading each of the trails is an artist working with a group of diverse actors including: Scientists as a instigators of systematic universal knowledge; Schools as systems of knowledge exchange and re-production represented by schoolteachers and pupils; Universities as factories baptizing new members to the productive society represented by students; Trail Curators who perform as the muses of Apollo, stimulating creativity, discourse, and inspiration for other members.

Sequels – The work on each trail is marked by three benchmarks designated to harvest the experiences of the research team through collapsing space and time into an object (Notebook), an event (Public Intervention) and an experience (Exhibition).

Notebook – the Notebook Jericho – beyond the celestial and terrestrial is a document that marks a moment in the research process that includes archival investigation, texts, stills, graphics, interviews, discussions and interventions in the theme of the trails. 5 trails are subsided in 5 chapters in the notebook intercepted by spaces for personal notes and remarks. Actors are not considered neutral researchers; by the four states of perceiving, actors become reactors, activists and interveners. The research material is directed by each artist within the framework proposed by the curatorial concept and the theme of the trail. Each chapter is concluded by a map that highlights locations, objects, or events where the axis mundi intercepts the horizontal plane of Jericho and its landscape; and where myth can be perceived by thinking, feeling, intuition, and sensation.

Public Intervention – As a celebration for the Notebook the actors headed by the artists invite people to join them to experience the 5 trials in 5 days celebration. The artist is entitled to have criteria or maybe tasks for those who wish to join a specific trail. The public intervention is an event that views the participants not only as passive observes, but also players who provoke reactions, activism and interventions. Based on the theme of the trail and the curatorial concept, a series of rituals, meditations and ceremonies are proposed for each trail in an attempt to explore the interception of axis mundi with the horizontal plane.

Exhibition – Jericho – beyond the celestial and terrestrial is a materialization of the acquired knowledge and experiences from both the Notebook and the Public Intervention into artwork in the exhibition space of the museum. The 5 trials are a curious temptation into the elemental framework of Jericho beyond the celestial and terrestrial. When the trails intertwine and intersect in nodes, a stronger link to the axis mundi is established. The exhibition is informative and is designed as material for further education and interaction with the student community of Birzeit University and the locals.

Birzeit University Museum will be providing a fixed amount for the production of the Notebook, Public Intervention, and the Exhibition as well as a small honorarium for the selected artists. Interested artists are to submit a statement of 450 words, indicating the trail/s of their primary interest, and expressing the initial thoughts and ideas they intend to pursue within the theme of the trail.

Artists are also required to write a letter of intent and to submit a long biography. The letter of intent, the biography and the statement are to be submitted to: bzumuseum@birzeit.edu not later than 10 May 2012

Selected artists will be notified by 15th of May 2012.

Call for applications: 3rd edition of the Future Generation ...
Christie’s Dubai totals $12 millions
Edge of Arabia at the Venice Biennale: Rhizoma (Generation i...