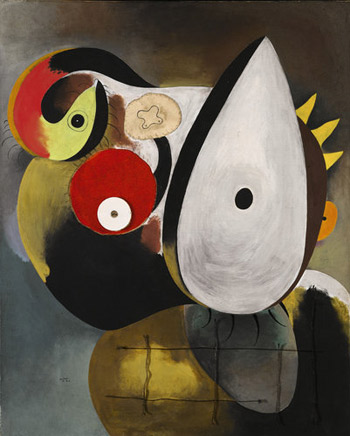 Some will argue that the pastel is such an unusual work that it would be unwise to draw general inferences from it. In art historical terms, this is true, bearing in mind that the Norwegian artist produced four variants — the other three are in museums.

Nothing else truly relates to this work. “The Scream” was so far ahead of its time that it could be the work of a contemporary artist. Never mind that the idea of conveying the deep emotions experienced by an artist in a visionary composition owes something to the French Symbolist school of the 1890s, or that the strong oranges, reds, blues and greens reveal Munch’s awareness of Van Gogh’s art from 1887 to 1891.

Yet aesthetics are not the only reason for the price that made the pastel the most expensive work of art ever auctioned and allowed Sotheby’s to post a $330 million score on Wednesday, the highest ever achieved by the auction house in Impressionist and Modern art.

The very diversity of the works that triggered competition resulting in extremely high prices proved otherwise.
This phenomenon was already evident at Christie’s on Tuesday. The evening session was the most modest the company has ever held in New York, whether in numbers of lots — 22 pictures, four drawings, five sculptures — or in the quality of the offerings. It nevertheless turned into a huge success. The 28 lots that found takers added up to more than $117 million and only three negligible works remained unwanted.

Buyers jumped into the fray right from the beginning, often bidding with a fury utterly disproportionate to the art that was on the block.

The second lot at Christie’s was “Sur la Terrasse”, a drawing done by Picasso in a rare lighthearted mood on a fine summer day in Cannes, France. It swiftly doubled its high estimate at a stupendous $1.59 million. Next came a narrow horizontal picture by Picasso, “Le Repos (Marie-Thérèse Walter).” Painted in May 1932, the portrait of the young woman snoozing with her face resting on her arm has a dreamy quality not usually associated with the Baroque, violently distorted portrayals of humans from that year favored by present-day buyers. Even so, “Le Repos” sold for $9.88 million, well over the high estimate.