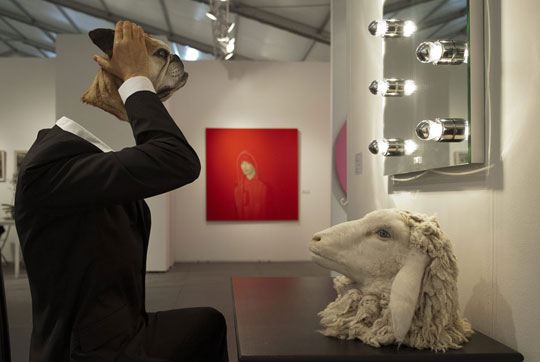 This year, the annual reunion of the international artworld again attracted 65,000 artists, collectors, curators, and art lovers from around the globe. Collectors from all over the world confirmed that excellent material and booth presentations spurred great demand, creating strong sales throughout the week and across all levels of the market. 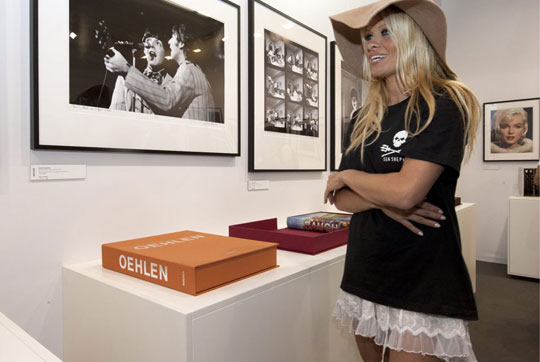 Over 70 museum and institution groups, representing almost all the world’s major museums visited Art 43 Basel, as did major private collectors from North and South America, all of Europe and the emerging markets of the artworld. An increase in collectors from Asia, especially Hong Kong and China, was noticeable. At Art 43 Basel, whose main sponsor is UBS, more than 300 galleries from 36 countries on six continents exhibited works by over 2,500 artists. 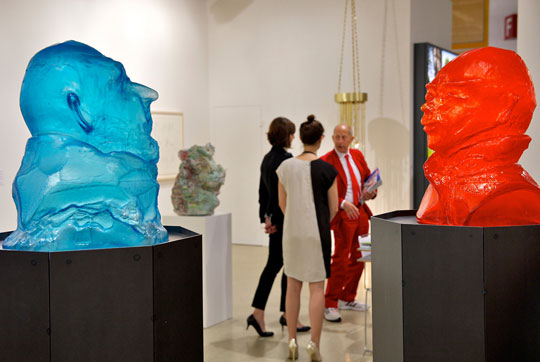 Many stands featured thematic exhibitions and one-person shows, presenting the highest quality of historical material and contemporary works. Sculptures featured heavily in the Art Galleries sector, and were shown alongside paintings, works on paper, and photography, all mediums which continued to be strongly represented. 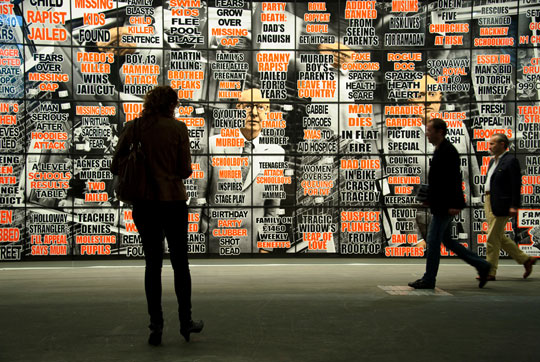 Visitors pass by a work of Gilbert and George on June 12, 2012 during the preview day of the Art 43 Basel fair / FP PHOTO / SEBASTIEN BOZON. 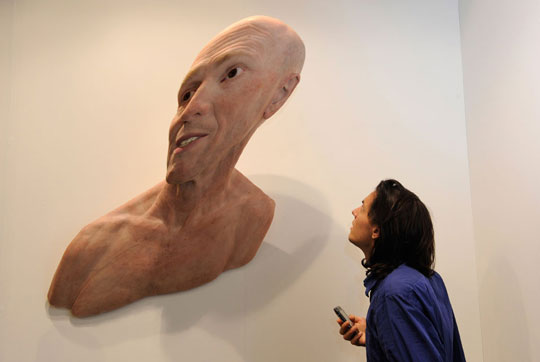 A visitor looks at the sculpture “Self” (2012) by Evan Penny, who lives in Canada and was born in South Africa / AP Photo/dapd/ Winfried Rothermel.