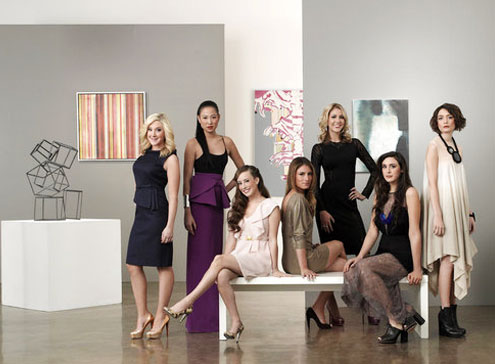 The seven young women participating in Bravo‘s new reality series “Gallery Girls” which premieres August 13, 2012. While two of the participants will put in hours at a Lower East Side boutique-gallery hybrid, others will be walking the halls of art world power at Eli Klein Gallery, David Zwirner, and Christie’s.

Bravo’s Gallery Girls is a docu-series that follows the lives of seven dynamic and ambitious young women in New York City who tackle the cutthroat environment of the art world while vying for their dream jobs.