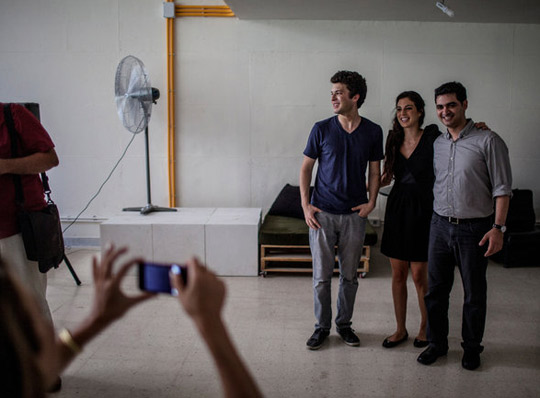 Nadim Lahoud, a film producer, left, and Ayman Mhanna, right, who fights censorship, with a friend before the screening. Copyright 2012 The New York Times Company

When government censors in Lebanon reviewed a new film, “Beirut Hotel,” there was one scene that particularly caught their attention — a reference to a USB memory stick with documents on it about the 2005 assassination of former Prime Minister Rafik Hariri.

For many businesses and even cultural institutions, places like Doha, Qatar, and Dubai in the United Arab Emirates just seemed like a better bet, even though censorship is rife and political freedoms virtually nonexistent. Western museums and universities opened branches in the Persian Gulf states, not in the city once called the Paris of the Arab world.