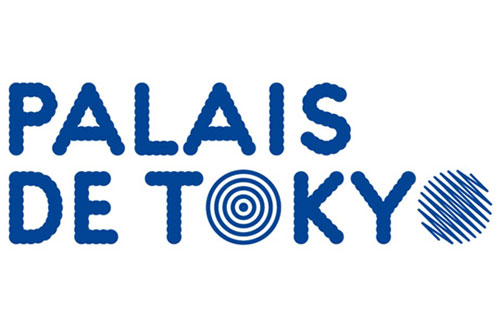 Dedicated to the emergence of the newest forms of contemporary art as it is, the Palais de Tokyo sees participating in the renewal of the ecosystem of art as part of its remit. This is why it undertakes to seek out and support new players, and new directions.

Thus in the summer of 2013 the Palais de Tokyo is entrusting its entire program schedule to young curators. Selected on the basis of the proposals they submit, the winners will bear witness to the perpetual reinvention of the issues involved in curating an exhibition, their scouting talent, and their ability to dream up new ways of relating to art. This event is likewise intended to demonstrate the dynamism of Paris and the surrounding area as part of a joint initiative involving a great many partners and institutions.

Application file
The proposed project must clearly demonstrate innovative thinking about exhibition formats. Whether it relates to a solo or a group exhibition, it must envisage occupying a surface area that can be as large as 250 square meters. It must be capable of evolving in accordance with the technical constraints and the diversity of spaces that apply at the Palais de Tokyo. The selection will be made primarily on the basis of the inventiveness of the project, its curatorial boldness, and its relevance in the current field of creative work.

Applicants can indicate a preference as regards the typology of space best suited to their proposal. Applicants can be curators and/or artists.

The application file will consist of:
1. a statement of intent
2. an illustrated list of proposed artists (and/or works)
3. an estimated budget in euros comprising the items: production of works, transport, materials, and equipment required
4. a curriculum vitae
5. an artistic documentation giving a short description of the previous curatorial projects carried out by the applicant
6. anything else likely to shed light on the proposed project

Eligibility requirements
Applicants must be under 40 years of age.

Selection methods
The Palais de Tokyo will bring together a jury consisting of seven curators from its team, its president, Jean de Loisy, and several suitably qualified notabilities. Following an initial selection, the applicants chosen will present their proposal to the jury in person. The traveling expenses of the applicants selected to present their proposals orally will be covered by the Palais de Tokyo. Between ten and fifteen winners will be named following this second phase.
Each winner will be assigned a curator as their main contact at the Palais de Tokyo and will be supported by the production service throughout the implementation of the project. The total estimated budget for the season is 500,000 EUR, excluding caretaking and security, mediation, and
Call for applications: beginning of June 2012
Applications to be submitted before 30 September 2012
Oral interviews of those selected in the first round: 5 November 2012
Winners announced during the week of 5 November 2012
Exhibition: June 2013

The Palais de Tokyo is a 21st-century cultural institution, entrusted with a public interest mission, with its remit and its premises now enlarged, a place where today’s artists and public can explore the emergence of novel ways of doing, thinking, and living. This place with its unique personality promotes interaction between the creative output and the society of today. It invites the public and artists to share in the adventure of the emergence of new ways of behaving, new forms, new languages, new beauties.

Building on its years of success, in April 2012 the Palais de Tokyo became one of the largest sites dedicated to contemporary creativity in Europe, its surface area increasing from 8000 square meters to 22,000 square meters. It now extends as far as the Seine, forming a link on the side of the hill between the Eiffel Tower and the Champs-Elysées. Its success, its spirit of adventure and its new spaces, made available to artists, their gestures and their ways of looking, heighten our ability to perceive, imagine, and open up new paths. The spaces provided by the Palais de Tokyo extend over four levels accessible to the public. Going from the light-suffused Galerie haute to the depths of the Seine level represents a journey through architecture, making it possible to rediscover the curving plateau of the Avenue du Président Wilson level, the huge alcoves, the splendid rooms at the level of the lower forecourt, and its bay that extends as far as the terrace on the banks of the Seine, the Grande Rotonde that welcomes visitors at the foot of the monumental staircase, the internal terraces overlooking the exhibition areas, the four cinema auditoriums, the crepuscular spaces in the basement, and its labyrinthine nooks and crannies.