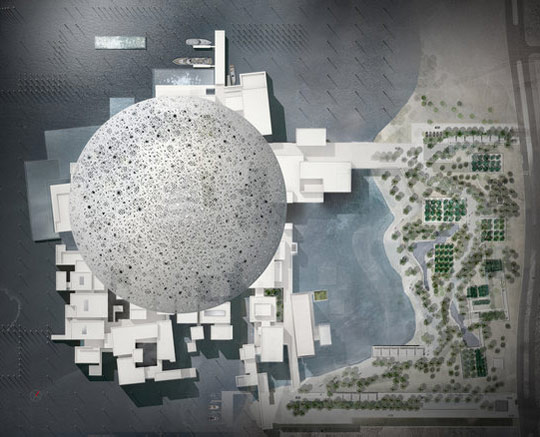 As recently as a year ago, it seemed likely that the much-acclaimed Louvre Abu Dhabi project would never see the light of day. The gleaming white, U.F.O.-like building, designed by Jean Nouvel and originally due to open in 2013, had been on hold since the global financial crisis flattened the Gulf property and financial markets in 2009.

Only last October, the $27 billion cultural hub of Saadiyat Island, the site of the proposed museum, announced yet another in a string of delays for the planned museum and other ambitious cultural projects, like the Guggenheim Abu Dhabi.

Yet in January the Louvre Abu Dhabi finally confirmed a new opening date of 2015, and starting next month the public will be offered an opportunity to see how the museum’s permanent collection is being shaped by investments in new acquisitions.

The acquisitions will be the focus of the second edition of the Louvre Abu Dhabi: Talking Art series of lectures organized jointly by the Tourism and Culture Authority of Abu Dhabi, Agence France-Muséums and the École du Louvre.

The Talking Art program “is a way to get the public involved, interested, keep them up to date, and share some of our collection,” Hessa Al Dhaheri, project manager of the Louvre Abu Dhabi, said by telephone. “Acquisition of new works has been ongoing since 2007, but we show them to the public bit by bit so that each lecture touches upon one scene in the museum.”

The Abu Dhabi museum’s Talking Art lecture series is “an essential step in building awareness of the future museum and its collection, enriched by new, exceptional acquisitions,” commented Henri Loyrette, the director of the Paris Louvre.

The Louvre Abu Dhabi first started sharing its collection with the public through an exhibition entitled “Talking Art: Louvre Abu Dhabi,” which opened in May 2009. The exhibition presented the first 19 acquisitions for the institution, including a Mamluk holy Koran from the 14th century, a 5th-century Fibula from Domagnano, a Virgin and Child by Bellini, and Mondrian’s Composition with blue, red, yellow and black from 1922.

“When speaking about Emirati identity, we have to look back at the roots of our identity and realize that the Emirates is a crossroads of trade and cultural exchange,” Ms. Dhaheri said. “This is the concept that the museum is going to embody and emphasize, this exchange and universality, expressed through art.”

Mathaf, Qatar: Turbulence by Mona Hatoum
Films From the Arab World at MoMA: The Past Is Always Presen...
The Metropolitan Museum of Art’s – 82nd & F...