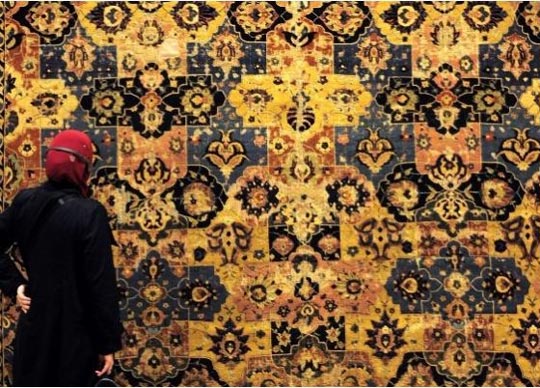 A visit to Islamic galleries of a museum can provide a step towards penetrating the history of a religion and a culture that are often covered in the news but are hardly understood. From the east coast to the west, here are five American museums with preeminent Islamic art collections:

The Metropolitan Museum of Art undoubtedly houses the premier Islamic art collection in New York City. Edward C. Moore, whose family of silversmiths established themselves in the mid-nineteenth century supplying Tiffany’s & Co., bequeathed the first major gift of Islamic art to the museum of more than 400 objects of ceramics, glass, and metalwork. The Islamic art collection at the Met (pictured right) continued to grow from gifts and purchases, and today holds nearly 12,000 objects from the 7th to the 19th century. Islamic art in the Met hails from as far west as Spain and Morocco and as far east as Central Asia and India, reflecting the diverse cultural landscape in the Islamic world. Only last year in November 2011, the Met completed an eight-year project to renovate, reorganize, and reopen fifteen galleries for the Art of the Arab Lands, Turkey, Iran, Central Asia and Later South Asia, in order to keep consistent with current art historical research.
FREER AND SACKLER GALLERIES AT THE SMITHSONIAN
ARTHUR M. SACKLER MUSEUM AT HARVARD UNIVERSITY
DETROIT INSTITUTE OF ARTS
LOS ANGELES COUNTY MUSEUM OF ART