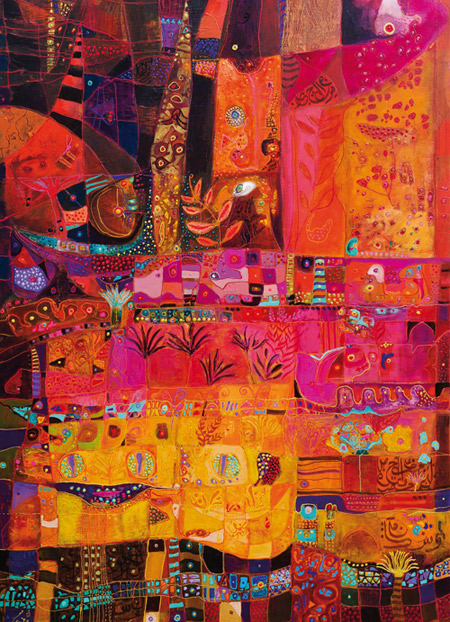 Joining the Ministry of Foreign Affairs, Ghassan was able to work within a field that fed his love of travel and learning of other countries and cultures. While posted in New York in the 1970′s Ghassan’s artistic spirit surfaced. New York’s vibrant cultural scene, art world, museums, people and architecture influenced Ghassan to the point where he took up oil paints and canvas and started painting in a formal fashion. His creativiy was heavily influenced by his surroundings, so in his next posting to Pakistan, Ghassan was introduced to floral influences as well as trandtional art of the Indian Sub-Continent.

Exhibition will continue until January 27, 2013