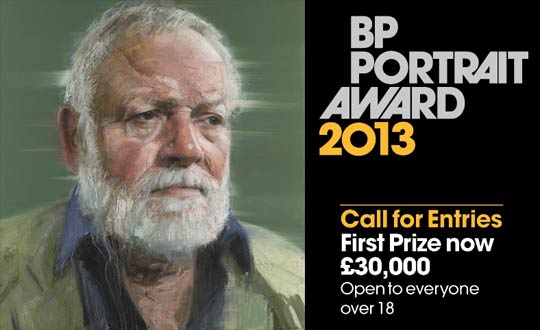 The Portrait Award, now in its thirty-fourth year at the National Portrait Gallery and twenty-fourth year of sponsorship by BP, is the most prestigious portrait painting competition in the world. With a first prize of £30,000 the Award is aimed at encouraging artists to focus upon and develop portraiture in their work.

The BP Portrait Award 2013 exhibition will run at the National Portrait Gallery, London, from 20 June to 15 September 2013.

The competition is open to everyone aged 18 and over in recognition of the outstanding and innovative work currently being produced by artists of all ages working in portraiture.