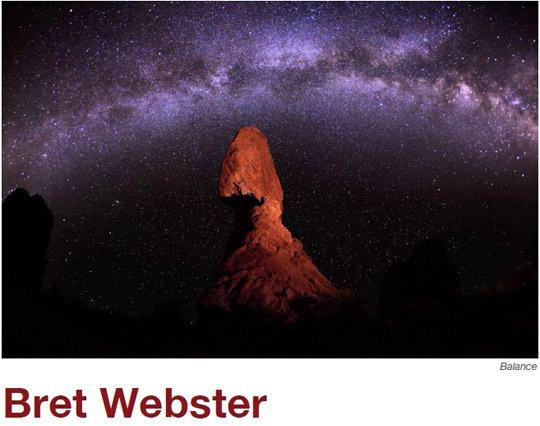 Bret’s images have become globally popular, particularly in the American Southwest, because of his unique angles and ability to press advanced equipment to the very edge of its capability in gathering the light of natural beauty. He has been featured on television and print in many publications in the Southwest.

His images have been used and recognized in all media (print/electronic) and by publications such as National Geographic, Smithsonian Magazine, Discover, New Scientist, Travel & Leisure, Islands magazine, the US Geological Society and many, many others and numerous galleries and other outlets particularly in and near Utah. He has numerous recognitions and occasionally is “corralled” into being a judge in regional, Utah State and other photo competitions.

One of his most satisfying achievements is being able to participate and contribute to the “Art in Embassies” program with his images going to the U.S. Ambassador’s residence in Kuwait and others that have now been shipped to Tunisia for a similar application. Bret’s over-arching personal mission statement is generally —“It’s a privilege and a joy to share in the adoration of our universe and the beauty of our existence.”