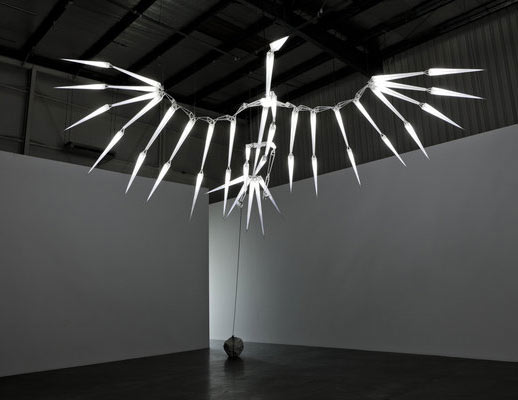 “The new growth areas for Art Dubai are either countries that are going through difficult times, politically, and whose artists use Dubai as a refuge or funnel to the outside world, or those who are looking to extend their sphere of influence with the who’s-who of the art world,” said Antonia Carver, the director of Art Dubai.

The resulting diversity and growing competition among gallery owners has deepened Dubai’s art market, as has the emerging dichotomy between D.I.F.C.’s elite art scene and Al Quoz’s underground hub.

“Because of what’s happening in Syria, we had to move most of our art and our main headquarters to Dubai this year,” said Khalid Samawi, who co-founded Ayyam Gallery in Damascus in 2006. Ayyam now has a branch in the financial center and another in Al Quoz. “We use the D.I.F.C. space as a vitrine and then encourage interested collectors to look at our gallery in Al Quoz, which is 10 times bigger, for more artwork, ” Mr. Samawi said.

The gallery has other spaces in the Middle East, and in London, but Dubai is the only city where it has two branches, acting as a hub for the region.