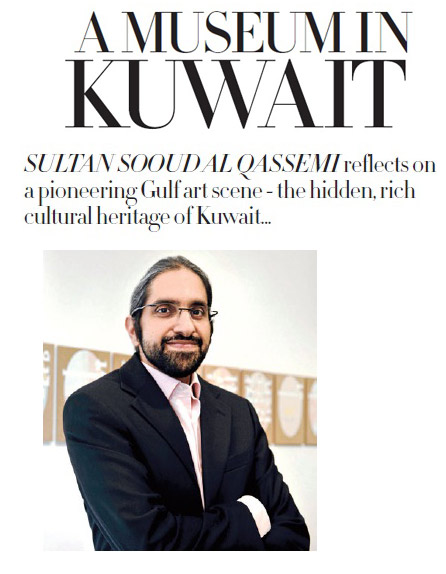 As the art world descends on the Gulf cities of Dubai, Sharjah, Abu Dhabi and Doha, each March visitors would well to keep in mind another Gulf city that was in every sense an art and culture pioneer. Kuwait City hosted its very first public art exhibition back in 1958 under the Department of Culture, the oddly titled “Arab Champions Competition” exhibition took place on the sidelines of the Fourth Arab Literary Conference that Kuwait was hosting then. The show tackled themes including the Arabs struggle against colonialism, underdevelopment and “backwardness.” The following year a tradition commenced of hosting annual art exhibitions in the spring, one that continues to this day. Much of the art collection that was amassed as a result of these numerous exhibitions went to Kuwait’s National Council for Culture, Arts and Letters, the main government body set up in 1973 that oversees the cultural scene. The private sector played an equally important role in efforts in establishing a burgeoning art scene in Kuwait. The greatest example was that Ghazi and Najat Sultan’s inauguration of Sultan Gallery in 1969 with a joint show of Kuwait’s Munira Al-Kazi and Iraq’s Issam Al Said. The gallery went to host Arab world masters including Dia Azzawi, Laila Shawa and Fateh Moudarres amongst many others. The 1990 Saddam invasion dealt a heavy blow to the Kuwaiti art scene from which it has yet to fully recover.

In 2003 Kuwait took a significant step towards rebuilding its art scene with the opening of the Modern Art Museum in the premises of a renovated 1930s school in the Al Sharq district. The museum displays the art collection that was acquired by the National Council for Culture, Arts and Letters. The strength of the collection lies in the significant number of major Kuwaiti modern sculptures such as Sami Mohammed‘s masterpiece “Penetration” from 1979, Khazal Gaffas‘ “The Dance” from 1992 and Eisa Saqer‘s “Memories” from 1982. Other major Kuwaiti artists in the collection include Jafar Islah, Ayoub Hussein and Abdallah Al Qassar that occupy the ground floor of the two-story building. On the upper floor a rotational display of artworks by modern Arab masters include Algeria’s Rachid Kuraishy, Palestine’s Kamal Boullata, Egypt’s Injy Aflatoun, Lebanon’s Paul Guiragossian, Jordan’s Mona Saudi, the UAE’s Abdul Qader al Rais and Iraq’s Hani Mathhar.

In 1993 as Kuwait was still struggling to recover from the aftermath of the Saddam invasion and 1991 Gulf War, Sharjah inaugurated its first biennial. While Qatar’s Sheikh Hassan Al Thani was embarking on a major Arab art buying spree. In 2006, the UAE capital Abu Dhabi announced plans for a Guggenheim and a Louvre museum and the following year Dubai launched its first annual art fair, then called Gulf Art. While Qatar inaugurated in 2010 a two-story 59,000 square foot modern art museum known as Mathaf with plans for an Orientalist art museum. Clearly Kuwait is in for some major regional competition as it is no longer the region’s sole cultural oasis. Despite the proliferation of public and private art museums in the region, Kuwait’s Modern Art Museum’s collection is in itself quite impressive. What is far from impressive is the condition that these artworks are presented in. The labeling, lighting, curating and display of the artworks leave a lot to be desired.

That is not to say that the space is left idle. Despite its condition the museum continues to draw a large number of visitors. One visitor noted that there were over 280 people crammed in the museum spaces for the “Out of Kuwait” art show last October. While in May 2012, the museum took a giant leap with an exclusive commissioned sound installation titled UNPLIFIED that saw Paris-based Lebanese artist Tarek Atoui reinterpret assassinated Palestinian writer Ghassan Kanafani’s novel Men in the Sun that was published 1962. Kanafani‘s novel, in the words of Atoui, “is about Palestinian refugees in Lebanon who pay a driver to smuggle them into Kuwait via Basra inside his empty water tanker.” Atoui transported a large water tank into the grounds of the pre-World War II museum structure for a show that compelled Kuwaitis to rethink their relationship with Palestinians who, prior to the 1990 invasion and occupation, had numbered at around 400,000. As a direct result of the show, debates were initiated in dewaniyat (men’s social gathering salons), while articles and op-eds proliferated the discussion amongst a new generation of Kuwaitis. Ultimately, if the role of a museum is to engage the public and start a debate Kuwait’s Modern Art Museum, even with its dreary and outdated displays has clearly succeeded where others in the region have failed. 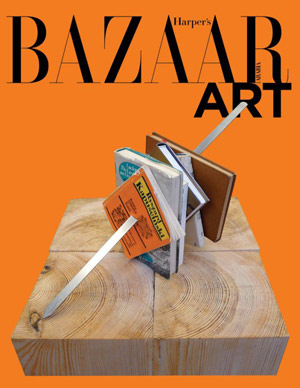 Huffington Post: Kuwait Art Museum Succeeds Where Others Have Failed

24th of February the Opening of Al-Americani Cultural Center
CAP Kuwait & JAMM Art: How I Learned to Stop Fearing an...
Kuwaiti artists database for JAMM Auction