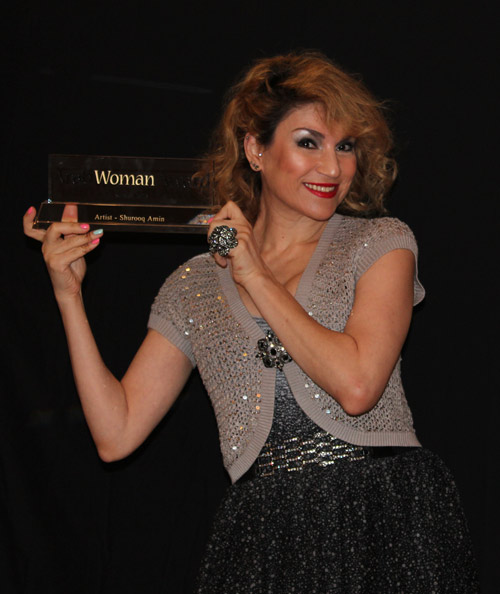 With a distance of one year from  shutdown of the exhibition “It’s a Man’s World” on April 17, 2013 Kuwaiti artist Shurooq Amin received an Arab Woman Award Kuwait 2013 as the artist of the year. The Award celebrated the achievements of  women who have excelled in different fields and provide positive role models for younger generations.

Dr. Moudi Al-Humoud, Rector of the Arab Open University and Former Minister of Higher Education in Kuwait said “Kuwait has always been proactive in its education of women and educational excellence on all levels. It was wonderful to see such talented, intelligent, skilled women recognized publicly for their accomplishments in areas such as education, medicine and business. Their hard work brings reward not only for themselves but also for Kuwait and its future development. I applaud them and wish them all continued success”.