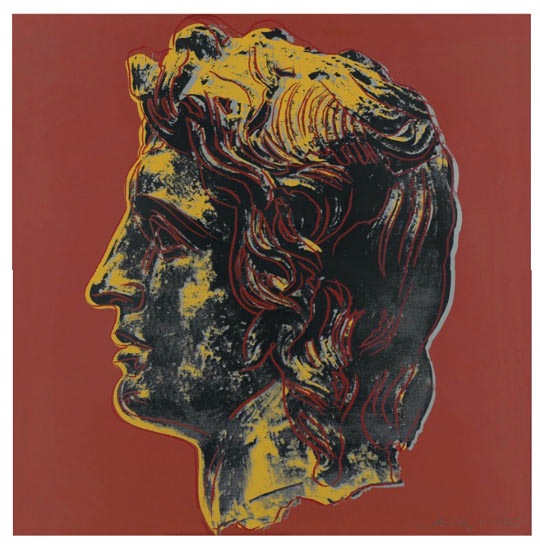 Andy Warhol, Alexander the Great, AP 3/5, screenprint in colours, 1982. Photo is a courtesy of Christie’s

“Despite lower prices and lofty ambitions to democratise collecting, understanding the inner workings of the diverse edition market is in many ways more of a minefield than for unique works. The same issues of condition, rarity and demand exist, but a new set of rules affecting value also comes into play.

Primarily, the number of works in each edition has an effect: generally, the fewer the pricier. Since numbering became standard practice in the mid-1960s, the preferred total has come down. Experts say that their edition size threshold is around 20, while this used to be in the hundreds or even thousands.

Sometimes the prices of works in an edition are “dynamic”, obeying the basic rule of supply and demand by going up as more editions run out. In addition, as a hangover from works made from a printing press (where the first print was the clearest and best quality), there is still some value ascribed to works higher up the pecking order (edition two of 20 is, for example, deemed better than edition 12). However, says Murray Macaulay, a director in Christie’s prints department and the director of London’s Multiplied Art Fair, this dynamic should not apply to works that use contemporary techniques: “One of 50 should be the same as 50 of 50—claiming anything else amounts to market manipulation.””

The art scene in Qatar “is an empty golden shell” ?!
The art market: Why buy art ? The true motivations of art co...
Doha Debates reveal most Arabs support censorship of arts