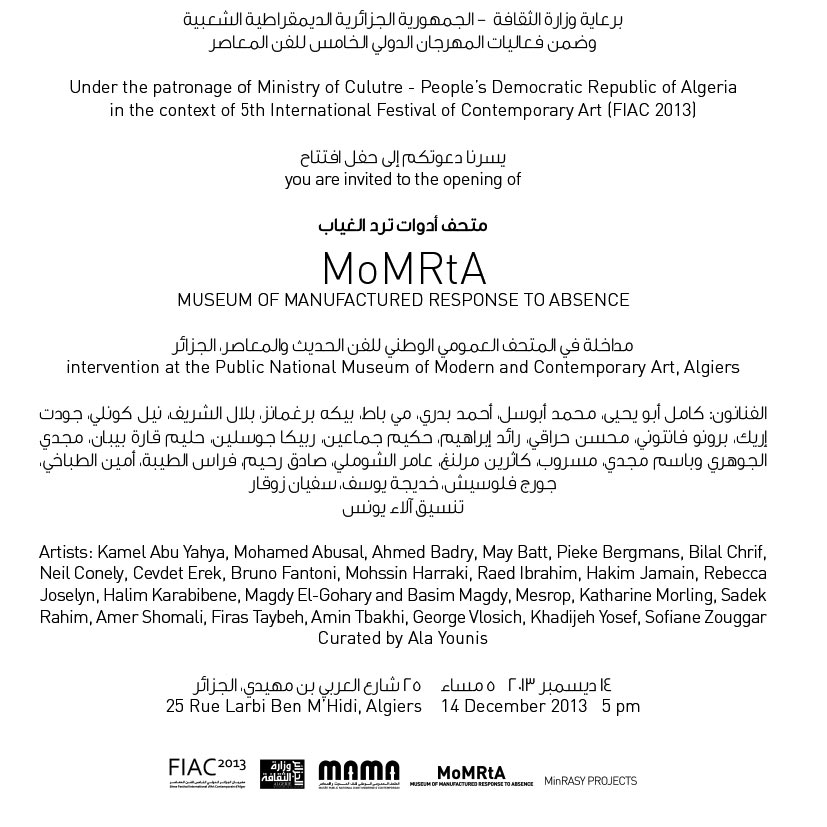 MoMRtA exhibition will open on December 14, 2013  in MAMA
( Modern Art Museum of Algiers)

The Museum of Manufactured Response to Absence questions the impact of the presence or absence of minority communities and subcultures on the nations they take residence in. In specific, MoMRtA investigates the unchronicled impact of this unique Palestinian society that emerged in Kuwait. Historically, the State of Kuwait was exceptionally receptive to large waves of Palestinian immigration due to its support for the Pan-Arab movement and its adoption of the Palestinian cause.

Palestinians first arrived in Kuwait as visitors involved in educational missions around the time that oil was discovered in the Burgan Field in 1938. As a result of the 1948 and 1967 wars, more Palestinians settled there, and by 1990 Palestinians in Kuwait numbered 400,000. As Kuwait’s national development plans were set into motion, Palestinians found themselves players in the construction of modern Kuwait, while expectantly awaiting the materialization of a state of their own.