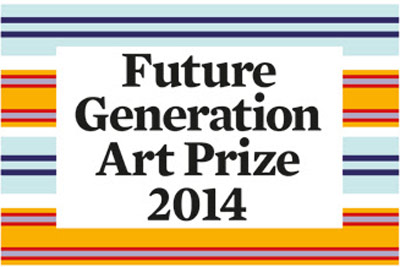 The Victor Pinchuk Foundation and the PinchukArtCentre open the application procedure for the third edition of the Future Generation Art Prize 2014. Young artists up to 35 wherever they live and work can apply until April 12, 2014.

To encourage the artists from all over the world to apply, starting from 2014 the Future Generation Art Prize will accept applications in ten different languages: Arabic, Chinese, English, French, German, Japanese, Portuguese, Russian, Spanish, and Ukrainian.

Launched by the Victor Pinchuk Foundation in 2009, the Prize is open to all artists up to the age of 35 with the aim of acknowledging and giving long-term support to a future generation of artists from all over the world. The Prize is unique because of its global reach and highly democratic form of application via the Internet.

The winner receives a total of 100,000 USD: 60,000 USD as a cash award, and 40,000 USD towards the production of new work. An additional 20,000 USD is allocated to fund artist-in-residency programmes for up to five special prize-winners.

Traditionally supporting young artists from Ukraine where the PinchukArtCentre is located, Zhanna Kadyrova, the winner of the national prize for young artists in 2013 will also be included into the shortlist of the Future Generation Art Prize 2014, bringing the maximum number of artists in the exhibition to 21.

Jury consisting of prominent curators, directors of museums, artists and experts will be publically announced along with names of 20 artists shortlisted for the Future Generation Art Prize in June 2014.

From its launch the Future Generation Art Prize and its idea to develop a network of young artists worldwide has been supported by its Patron Artists including Damien Hirst, Jeff Koons, Andreas Gursky and Takashi Murakami. Besides providing advice and support for the winning artist, Patron Artists also present a solo show in the PinchukArtCentre parallel to the exhibition of shortlisted artists for the Prize. In 2010 and 2012 there were solo shows by Takashi Murakami and Damien Hirst.