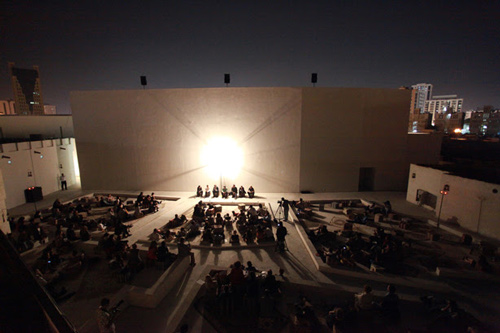 Conceived by Sharjah Biennial 12 (SB12) curator Eungie Joo as an integral part of the Biennial—opening in March 2015—the seventh annual MM2014 is a four-day symposium including presentations about past projects in Sharjah and the UAE, introductions to the work of artists who will be commissioned for SB12, sessions for collective research and analysis, keynote presentations by leading figures in the region, and time for informal conversation. As a departure point for SB12, MM2014 sets a tone of collaboration and exchange for the coming year.

8pm
Collective Research #5: Revisiting Tarab (2013) Project—screening of film by Fouad Elkoury and discussion with the filmmaker and Tarek Atoui