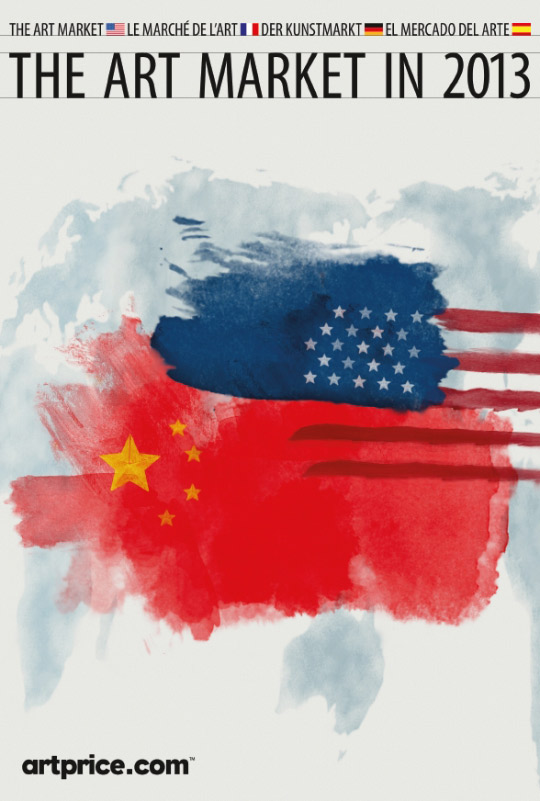 As Artprice had sensed, and indeed written, during 2013, this was indeed the best year ever recorded in auction history (over $12 billion), and the best sale ever for Christie’s in its 247 year-old history – achieved in addition for post-war and contemporary art, with an absolute record for a hammer price: $127 million. This went to a work by the British artist Francis Bacon. 2013 was marked by nearly 15,000 new records for artists, and over 23,000 if first bids are included.

This splendid year was shored up by a globalised demand, particularly with buyers from Asia, the Middle East and Russia, who played a crucial role in the market’s fine performance, and displayed a voracious appetite for flagship artists of the 20th century, landing them in a spate of records.

Artprice.com has been the world leader in art market information since 1987. Each year, it analyses auction results throughout the world, together with variations in the market, quoted values and price indexes for artists and works, and the forces involved in this specific market. It also examines the various cultural sensibilities and the intrinsic relationship between art and money, which produces much covetousness, and a few disappointments as well.

Artprice publishes this exclusive report on the art market in six languages. It is quoted by 6,300 international institutions and media each year. Produced using the bidding results from 4,500 auction houses, the 2013 Annual Report consists of macro-economic and micro-economic analyses updated according to new sales and variations in the price of art works. The report, published by Artprice press agency ArtMarketInsight with the econometrics department of Artprice, also contains original rankings such as the Top 500 of artists by turnover, and the list of the 100 highest bids of the year.