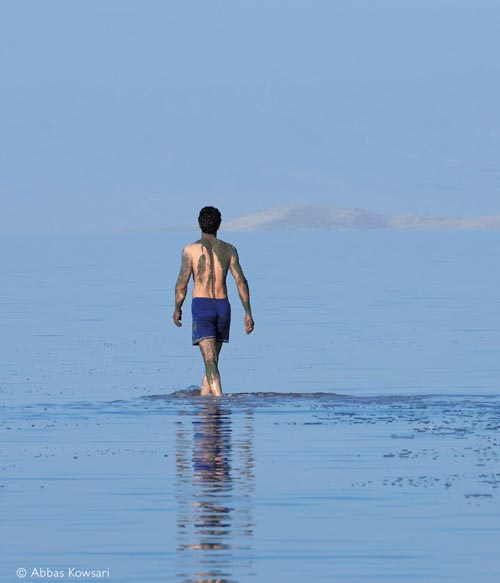 Throughout the centuries the Middle East has been regarded as the cradle of religions; a title with imposing implications on the sociopolitical structure of the Middle East.

The Sacred Paths is not a search for the essence of the sacred, so much as it dissects the social and cultural accumulations that have evolved in accordance with ideologies that derive their legitimacy from religion, and thus divine rule.

This exhibition engages the symbolic, political, social and personal meanings of the Path rather than its physical aspects. It underscores the overarching collective social practices that developed from a continuous search for belonging, fed by the myriad myths and narratives of holy homelands, ordained by higher powers, that generations have been raised to believe. The Sacred Paths showcases 13 photographers from the Middle-East, mostly acclaimed photojournalists, whose work documents their journeys through various countries in the region.

Three sections: “The Body”, “The Land” and “The Leader” make up the exhibition and emphasize the dual nature of man in his capacity to create and destroy. Furthermore, the exhibition underlines the capacity of the collective, either to form stable, balanced societies, or to be caught in the crisis that can result from the interpretation of the metaphysics of the sacred.

This show is curated by Abed Al Kadiri and exhibited in Modern Museum – Hungary in 2013 as part of Zenith Art Exchange.

Exhibition is ongoing until January 4, 2015