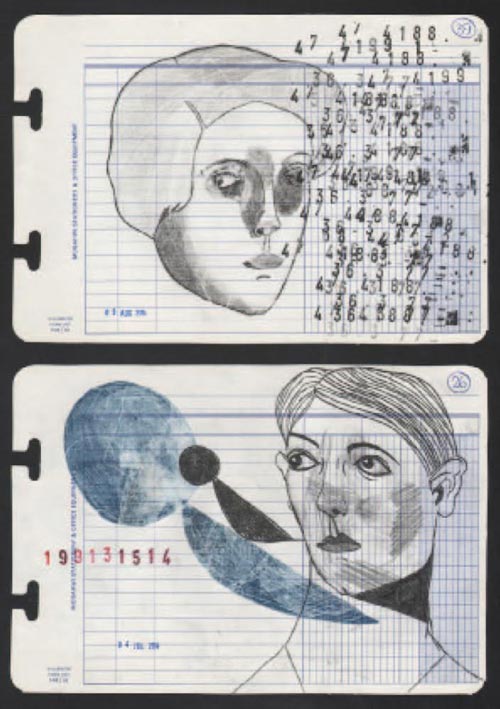 Ghadah Alkandari’s solo show Secretary is a visual account of the artist’s last six months leading to October 2014. As with many of her exhibitions, this collection is a series of journal-based drawings grouped into three main installations. A dynamic show, Alkandari hopes to entice visitors with the promise of touching, organizing and re-organizing her work. After all, a secretary’s job is never done.

Ghadah Alkandari is an artist living and working in Kuwait. She was born in India in 1969. She has had numerous solo exhibitions in Kuwait. She has also participated in several group exhibitions locally and internationally, the most recent of which was the Arab Culture in Diaspora exhibition in Kuwait. Other notable group exhibitions include Femmes Artistes Du Koweit at the Institut du Monde Arabe in Paris in 2006, Approaches to Figurative Practices at the Third Line Gallery, Dubai in 2007 and 2010 JAMM Contemporary Art Auction in Kuwait. In 2014, she exhibited her work at the Mathaf: Arab Museum of Modern Art’s Project Space.