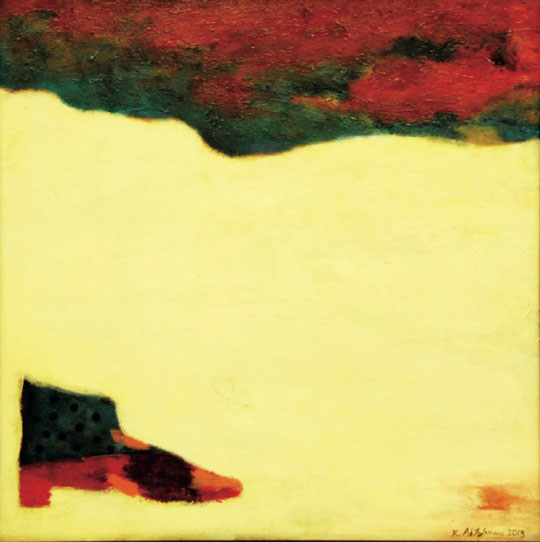 Along his artistic career, figures and nature are the principle inspiration of his work. He tends towards more conceptual abstraction refusing the arbitrary separation between figuration and abstraction.

Al Tahmazi was awarded prizes in international art events and became a member in the World Wide Arts Resources. His work has been exhibited in the Bahrain National Museum, Tehran Museum of Contemporary Art in Iran, Arab World Institute Paris, National Art Museum in Jordan, Pacific Cultural Foundation in Taipei and in other countries in North America and the Arab world.

Exhibition is ongoing until 4th December, 2014