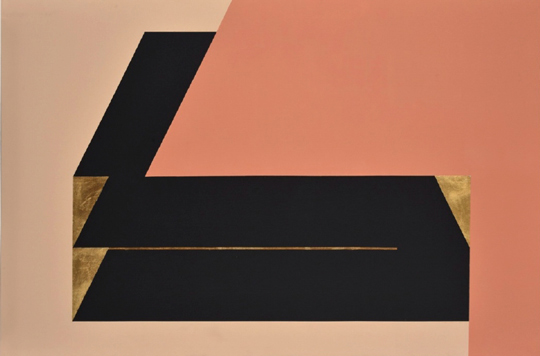 Opening is on Monday 12th January at 7pm.

Born in Lebanon in 1945, Al Sayegh was educated at Saint Savior Convent in Joun, Lebanon. He studied history of art at the Ecole Nationale des Beaux Arts, Paris and, in 1993, became a lecturer at the Graphic Arts Department at the American University of Beirut, Lebanon. His interest in the traditional art of calligraphy as well as in contemporary art and design led him to the creation of new calligraphic typefaces. He has fashioned several logos and worked on the calligraphy of a number of publications. Al-Sayegh also writes poetry and essays on art and aesthetics. He lives and works in Lebanon.

The artist will be giving a talk entitled “Aleph bi Hourouf Katheera” (the letter Aleph in many letters) on Tuesday, 13th January at 7pm at Dar Al Funoon Gallery. Spaces are limited. Please RSVP.

Exhibition is ongoing until 29th January, 2015.