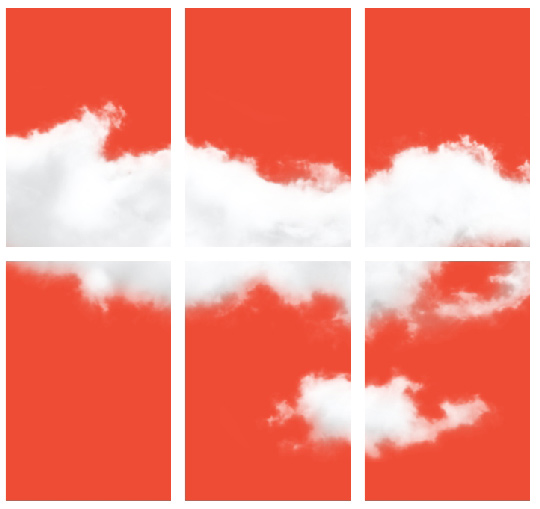 The ninth edition of the Global Art Forum, running alongside Art Dubai, March 18-21, 2015, takes on the theme of technologies and their impact on the world of art and culture. Titled Download Update?, the Forum is co-directed by Sultan Sooud Al Qassemi and Turi Munthe, with Shumon Basar as Director-at-Large.
Drawing in a range of speakers from across art, new media, web, design and literature, the Global Art Forum will debate how technologies have transformed not only the way we work, but how we think, interact, learn and create.
Talks range from the Gulf’s intense history of technologies, from radio and cinema to social media, to the ways in which artists are engaging with technologies; the advent of 3d printing; and the rise of art market dotcoms.
The five days of live talks and discussions are accompanied by commissioned research and projects, plus the Forum Fellows programme for upcoming writers and curators, directed by Tirdad Zolghadr.

Art Dubai 2015 includes 93 galleries from 40 countries, exhibiting across three distinct gallery programmes – Contemporary, Modern and Marker; this ninth edition of the fair features the most global line-up to date. Art Dubai Contemporary remains the largest programme in the fair and includes 72 galleries, from the world’s most established to upcoming artspaces. Several galleries have opted to present major installations and ambitious solo and two-person shows.
Art Dubai has its roots in the UAE and is the world’s largest showcase of artists from the Arab world, marrying this regional perspective with a truly international agenda. The 2015 fair features increased participation from West African and Russian galleries, while Marker 2015 will focus on Latin America and its connections with the Arab world.

Now in its second year, Art Dubai Modern, sponsored by Mashreq Private Banking, is a unique programme that grows in 2015 to include 15 solo and two-person shows by masters from Africa, the Middle East and South Asia.
Selected by a committee of renowned curators and historians, galleries feature artists who proved influential in the twentieth century, particularly through the vibrant modern period of the 1940s to 1980s.

Marker is Art Dubai’s curated programme, located within the fair’s gallery halls, which focuses each year on a particular theme or geography, accentuating Art Dubai’s role as a fair of discovery and a site for intellectual exchange. The ninth edition of Art Dubai takes place March 18 to 21, 2015.

In 2015, Marker turns its focus to Latin America and the historical and contemporary connections between this region and the Arab world. Curated by Luiza Teixeira de Freitas, Marker 2015 is the largest showcase of Latin American art in the Gulf to date.

Marker is set to draw in curators, collectors and critics from Europe, Africa, South Asia and the Middle East interested in connecting with upcoming and established artists from across Latin America.

Luiza Teixeira de Freitas is an independent curator working between London and Lisbon, involved in curating private collections and a range of independent projects. She is also actively involved in producing artists’ books and independent publishing projects.

“Representing the huge breadth of artistic talent in Latin America has been a great challenge,” says Luiza Teixeira de Freitas, curator of Art Dubai Marker 2015. “The selection of artists from across the region and across many creative disciplines provides a very unique insight into this thriving and exciting scene.”

In 2015, Marker expands and takes an unprecedented multidisciplinary approach. The programme includes:

–film programmes: Videobrasil, the São Paulo-based association that fosters and produces art and film across the geopolitical South, takes over the Art Dubai Cinema with a specially curated selection of films from their archive

Marker includes a group exhibition—a thematic, salon-style presentation of painting, drawing and sculpture by more than 15 Latin American artists, curated by Teixeira de Freitas. Artists, galleries and institutions from across Latin America have been invited to participate and are loaning work for this dynamic group show.

Beyond Marker, the “Latin American spirit” spreads throughout the fair. Several galleries within the Contemporary halls have opted to showcase artists from the continent, while in the not-for-profit Projects programme, Maria Thereza Alves was recently announced as a participant in Art Dubai Commissions.

Other artists and speakers are set to be announced as part of the fair’s not-for-profit programming over the coming weeks.

The Art Dubai Commissions programme, which features site-specific works by mid-career regional and international artists, is well under way. Artists have already started work on their installations, including renowned Brazilian artist Maria Thereza Alves who was recently in Dubai developing a garden from reclaimed dormant seeds in the UAE. Her new site-specific work will be situated at Alserkal Avenue.

Forum Fellows, Art Dubai’s fellowship programme, returns this year with a focus on writing and is led by writer and curator Tirdad Zolghadr.
This intensive programme of discussions and workshops enables exceptional writers from the Middle East to hone their writing skills and learn from each other’s experiences, while engaging with the editors, critics, curators and museum directors that attend the fair.
Fellows selected for the 2015 programme are: Rahel Aima (Dubai), Liane Al Ghusain (Kuwait), Mirene Arsanios (Beirut), Kareem Estefan (New York), Yara Saqfalhait (Ramallah) and Stefan Tarnowski (Beirut/London).
Julius Baer, a lead sponsor of Art Dubai, is supporting the Forum Fellows programme for the first time in 2015.

The Global Art Forum also features the launch of a two-year partnership with 89plus, the long-term, international, multi-platform research project co-founded by Simon Castets and Hans Ulrich Obrist, investigating the generation of ‘digital natives’ born in or after 1989.
Innovators based in the Gulf are invited to apply to participate in workshops led by Obrist and Castets with 89plus collaborator Abdullah Al Mutairi, with a view towards developing a collaborative project–the first in the region–for Art Dubai 2016.
The Global Art Forum also features an 89plus presentation and discussion on Friday March 20, 6-7.30pm. Supported by Dubai Design District (d3).