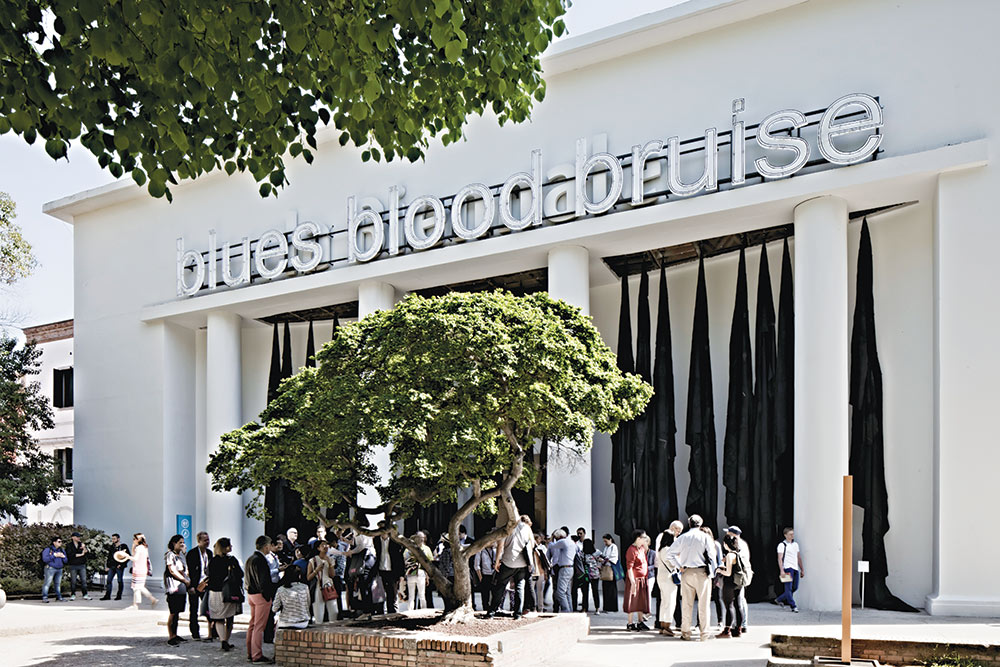 The 56th International Art Exhibition entitled All the World’s Futures, curated by Okwui Enwezor and organized by la Biennale di Venezia chaired by Paolo Baratta, will be open to the public until November 22nd, 2015 at the Giardini della Biennale and at the Arsenale.

89 National Participations will be exhibiting in the historical Pavilions at the Giardini, at the Arsenale and in the city of Venice. The countries participating for the first time in the Exhibition are Grenada, Mauritius, Mongolia, Republic of Mozambique and Republic of Seychelles. Other countries are participating this year after years of absence: Ecuador (1966, then with the IILA), the Philippines (1964), and Guatemala (1954, then with the IILA).

44 Collateral Events, approved by the curator of the International Exhibition and promoted by non profit national and international institutions, present their exhibitions and initiatives in various locations within the city of Venice.

“This is our 56th edition. The Biennale is now 120 years old, and year after year it moves forward and builds on its own history, which is formed of many memories but, in particular, a long succession of different perspectives from which to observe the phenomenon of contemporary artistic creation.” Paolo Baratta introduces this year’s edition with these words, recalling that “Bice Curiger brought us the theme of perception, of ILLUMInation or light as an autonomous and revitalizing element, and Massimiliano Gioni was interested in observing the phenomenon of artistic creation from within, and turned his attention to the inner impulses that drive mankind and the artist to create images and bring representations to life.”
“The world before us today exhibits deep divisions and wounds, pronounced inequalities and uncertainties as to the future. Despite the great progress made in knowledge and technology, we are currently negotiating an ‘age of anxiety’. And once more, the Biennale observes the relationship between art and the development of the human, social, and political world, as external forces and phenomena loom large over it. Our aim is to investigate how the tensions of the outside world act on the sensitivities and the vital and expressive energies of artists, on their desires and their inner song. One of the reasons the Biennale invited Okwui Enwezor as curator – Baratta states
– was for his special sensitivity in this regard.”