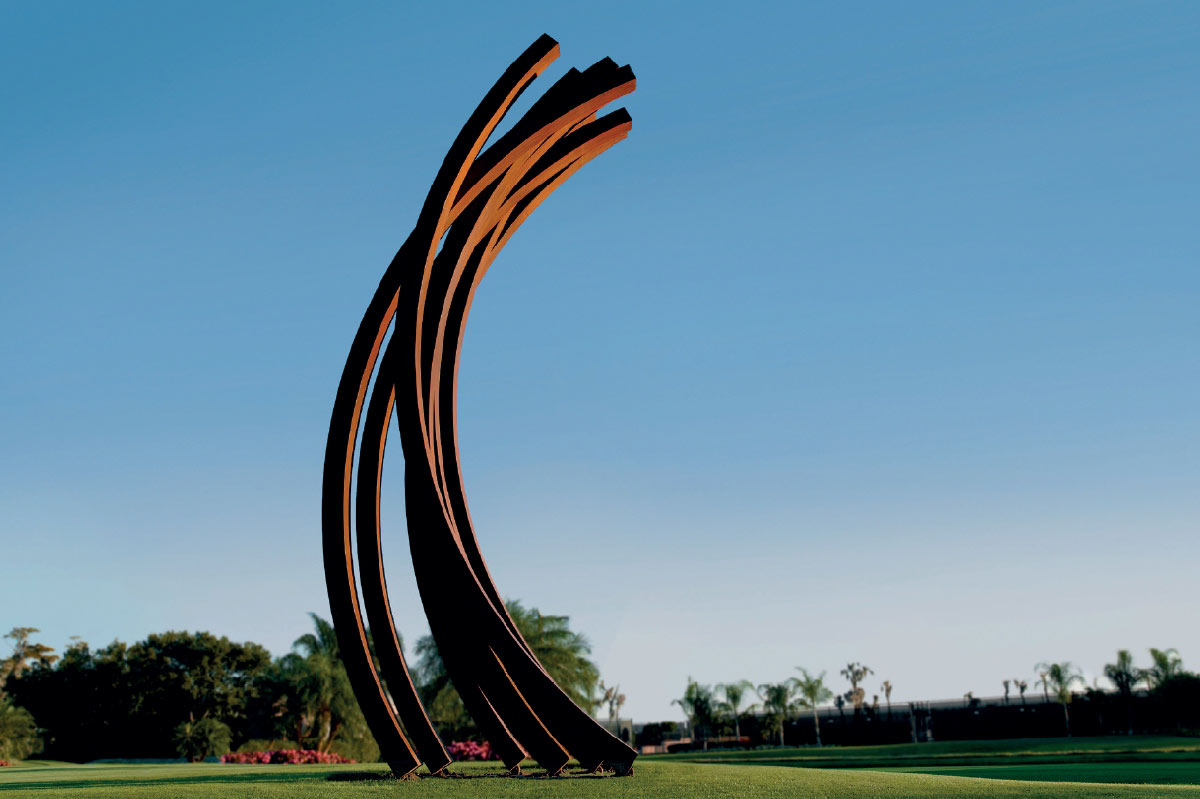 Custot Gallery Dubai is pleased to present the first solo exhibition of the French artist Bernar Venet in Dubai, and in the region, from 19 May to 30 July 2016.

The exhibition will be inaugurated in the presence of the artist on 19 May, 2016 at 6 – 8pm
Taking a mathematical and scientific approach to his work, the conceptual artist will show new and recent steel sculptures from his Arc, GRIB, Angle and Indeterminate Line series, an extension of works he developed in 1979. A monumental Cor-Ten steel Arc sculpture of 6.5 meters high will be installed in the gallery. Another highlight of the exhibition is the selection of new works on paper on the GRIB and Angles. Also on view, is an acrylic on canvas, Homage to Al-Khawarizmi n°2, part of the series presented at the 2013 Venice Biennale, that honors one of the founders of modern mathematics.

Bernar Venet was born in 1941 in the Alpes-de-Haute-Provence, France. He began his career in the 1960s when he coated canvas with tar and exhibited a mere pile of coal as a sculpture. After moving to New York in 1966, where he met the minimalist artists Sol LeWitt, Donald Judd, Carl Andre, and Dan Flavin, Venet started making wide-ranging conceptual works including painting, poetry, film and performance. In 1971 he was honored with his first retrospective at the New York Cultural Center. Over the following decades, his work has been exhibited in major museums, art events and public installations in Berlin, Paris, Tokyo, Bogota, Madrid, New York, Nice and Cologne, among others.

Call for photographers – The 11th International Photog...
The art scene in Qatar “is an empty golden shell” ?!
Art Dubai Art Forum 2013: IT MEANS THIS