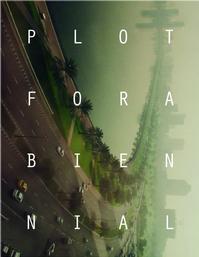 The Sharjah Art Foundation announces the 4th annual March Meeting, a three-day symposium featuring presentations by 42 institutions, artists and art professionals on artistic practice and production in the Middle East, North Africa and South Asia (MENASA) region and beyond, to take place in Sharjah from March 13 to March 15, 2011.

Established in 2008, the annual March Meeting has provided art and cultural leaders a critical platform for the exchange of ideas and the investigation of collaborative possibilities.

The 2011 symposium will feature presentations of ongoing and future art and cultural initiatives by professionals from across the globe. The three-day forum will precede the 10th edition of the Sharjah Biennial, Plot for a Biennial, featuring eight-weeks of cutting-edge visual art, performance, music, film, and publications, alongside lectures and events, from March 16 – May 16, 2011.

Sharjah Art Foundation President H.H. Sheikha Hoor Al Qasimi states, “As a core initiative of the Sharjah Art Foundation, the March Meeting has become a pivotal event in the regional calendar with its focus on building the knowledge, understanding and relationships that are fundamental to the future of art in this region. The Sharjah Art Foundation is committed to providing support for this essential forum as part of its ongoing efforts to nurture creative opportunities and dialogue both in the Gulf and the world at large.”

Director of the Sharjah Art Foundation, Jack Persekian states, “Bringing together speakers from all corners of the international arts community, the March Meeting serves as a hub of creativity, exposure and cross-cultural exchange. The ideas and initiatives that originate in the creative atmosphere of this three-day gathering go on to develop in all pockets of the globe and continue to strongly influence the region’s cultural calendar for years to come.”

Since 2008, the March Meeting has established itself as the region’s premiere cultural platform for institutions and individuals alike to exchange ideas and create connections.

Guest speakers and participants of the 2011 March Meeting were selected from applications submitted in response to an open call in November 2010. Participants were selected from countries throughout the MENASA region (Middle East, North Africa, South Asia) and beyond including: Azerbaijan, Cyprus, Egypt, France, Germany, Greece, India, Jordan, Kuwait, Lebanon, Morocco, Netherlands, Palestine, South Africa, Tunisia, Turkey, UAE, UK, and USA, among others.

The 2011 March Meeting invites participants to present current projects, future plans, and highlights of the resources needed to implement the next phase of initiatives in arts and culture, in the context of encouraging cross-regional collaboration and alliances. This year’s March Meeting will include a special live musical performance from the experimental Sharif Sehnaoui and Mazen Kerbaj. The 2011 March Meeting will also involve funders operating in the region who will shed light on their funding strategies and areas of interest.

The fourth edition of the March Meeting will precede the 2011 Sharjah Biennial, Plot for a Biennial, curated by Suzanne Cotter (Curator, Guggenheim Abu Dhabi Project) and Rasha Salti (Creative Director ArteEast), in association with Haig Aivazian (Chicago-based independent curator, artist, and writer) from March 16 – May 16, 2011.

About the Sharjah Art Foundation:

Sharjah Art Foundation supports the flourishing arts environment in the Gulf by nurturing artistic opportunities and actively pursuing both a regional and international program of cultural collaboration and exchange.

Sharjah Art Foundation builds on the pioneering role the Emirate of Sharjah has played in the artistic and cultural development of the Gulf region. Inspired by the cross-fertilization and rich cultural diversity of the Emirates, the Foundation provides both national and international leadership in the production and presentation of contemporary visual arts. Recognizing the central and distinctive contribution that art makes to society, the Sharjah Art Foundation cultivates a spirit of research, experimentation and excellence while acting as a catalyst for collaboration and exchange within the Middle East and beyond.

The many programs of the Sharjah Art Foundation include:

the March Meeting, an annual gathering of institutions, art professionals and global artists involved in the production and dissemination of art in the MENASA region (March 13 – 15 );

Production Program, established to provide direct support to artists for the production of art as well as funding to art practitioners for projects, research, publications and film;

Artists’ Residencies, dedicated programs designed to encourage artists to explore their relationships with the UAE and the region; and, various initiatives in Education and Participation, designed to broaden local audiences and to foster various ongoing collaborations with regional educational and cultural institutions.

To register for the March Meeting, please email   marchmeeting@sharjahart.org

For more information on the Sharjah Art Foundation, the March Meeting and the Sharjah Biennal please visit