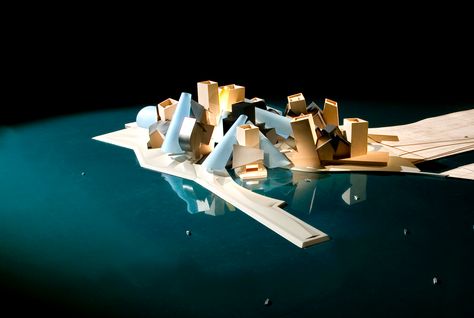 More than 130 artists, including prominent names in the Arab art world, have pledged to boycott the $800m Guggenheim museum being built in Abu Dhabi unless the welfare of foreign labourers working on the site improves.

The Frank Gehry-designed museum is at the heart of Abu Dhabi’s Saadiyat Island development, currently home to more than 10,000 labourers.

The island is also the future home of a $500m branch of the Louvre and to Zayed National Museum, designed by famed architect Norman Foster.

In a statement released by Human Rights Watch, the artists’ group said it is responding to reports of worker abuses including unlawful recruiting fees and broken promises of wages.

The group, which includes Kuwait-born artist Hamra Abbas, Syria’s Khaled Barakeh and Turner Prize-shortlisted Irish artist Willie Doherty, said it would not sell works to the museum or participate in events until an independent monitor is appointment to oversee worker conditions.

Abu Dhabi’s Tourism Development and Investment Company, the state-backed agency that oversees Saadiyat’s development, was not immediately available to comment.

New York-based HRW said in a 2009 report that featured interviews with 94 labourers, that each said he had paid between $1,800 and $4,100 in recruitment fees prior to securing his job.

The practice is outlawed in the UAE, as it places workers in significant debt before they begin work that can take years to repay.

Last year, 14 workers on the island went on strike after claiming they had not been paid for five months by a subcontractor.

The agency said it would appoint an independent monitoring firm to oversee workers by May.