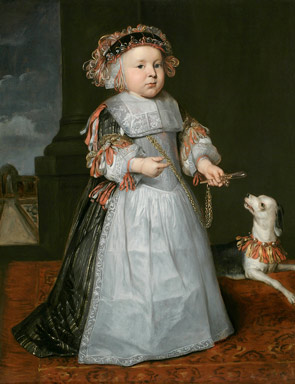 An extraordinary display of masterpieces will be on show at TEFAF Maastricht when the world’s most influential art and antiques fair opens its doors at the MECC (Maastricht Exhibition and Congress Centre) in Maastricht in the southern Netherlands from March 18-27, 2011.

Among the highlights of the 24th edition of The European Fine Art Fair will be the imposing and important Henry Moore sculpture Mother and child block seat, Pierre-Auguste Renoir’s superb depiction of his son Claude, and an extremely rare Greek idol made about 7,000 years ago.

They will be among more than 30,000 works of art at TEFAF Maastricht, all rigorously vetted by teams of international experts to maintain the Fair’s reputation for exhibiting only the best pieces.

Mother and child block seat by Henry Moore will be brought to TEFAF by Landau Fine Art of Montreal, one of the world’s leading specialists in modern art. The 8ft high bronze sculpture will be exhibited in one of the Fair’s squares. Cast in an edition of nine in 1983, three years before Moore’s death, it portrays the child as an elemental, virtually abstract form as if to represent it in an early stage of development. The effect of “the big form protecting the small form”, as Moore described it, is compelling.

Pierre-Auguste Renoir’s fine painting of his son Claude will go on public show for the first time at TEFAF Maastricht. Hammer Galleries of New York will exhibit La leçon (Bielle, l’institutrice et Claude Renoir lisant), which portrays Renoir’s third son reading with his school teacher. The picture, painted c1906, which has been in private collections for decades, will be part of a Renoir exhibition mounted by Hammer Galleries. In TEFAF Paper, a section introduced in 2010 for works on paper, new exhibitor Stephen Ongpin Fine Art from London will show a Renoir watercolor. Study of a Bather is a preparatory work for his painting Bathers in the Forest, which hangs in the Barnes Foundation in the United States. The price will be £125,000.

Rupert Wace Ancient Art of London will be bringing a rare and important Greek idol dating from the Late Neolithic period c5300 – 4500BC to TEFAF Maastricht. The small yet monumental 4.6in high white marble figure of a woman is one of less than a dozen known pieces dating from this early era, most of which are in museums. It is 2,000 years older than the majority of surviving Cycladic works of art. Although it is recorded as having been in private collections since the 1950s, it has only recently been rediscovered. The female idol, representing fertility, would almost certainly have been placed in a tomb to accompany the deceased person on their journey to the afterlife. Some 7,000 years after it was carved, it is in extremely good condition and will be offered for sale at TEFAF for a price in excess of €1 million.

Two amber altarpieces with ivory carvings made for private worship in late 17th century Germany will be exhibited at TEFAF Maastricht by Kunstkammer Georg Laue from Munich. These pieces are important because of the extraordinary quality of their workmanship and because of their rarity. It is particularly unusual to find a pair such as this. These beautiful works of art were a specialty of craftsmen in Danzig and were often given as diplomatic presents to foreign rulers by the Prussian court. The combined price of this pair will be €500,000.

The Spanish dealer Deborah Elvira will exhibit Ecce Homo, one of only a handful of sculptures by El Greco and the only such work by him known to be signed. It is made of polychrome wood and dates from the last quarter of the 16th century. Véronique Bamps of Monaco will offer a unique necklace in yellow gold made by René Boivin of Paris in 1945 for Princess Irène of Greece. This superb piece is decorated with pompons set with brilliant cut diamonds.

TEFAF Design is a separate section of the Fair for specialists in modern design and applied arts. Among its highlights in 2011 will be a unique set that was made for the president of the Danish Shipowners Association and will be exhibited by Galerie Eric Philippe of Paris. It consists of a dining table, 12 chairs and a sideboard designed by Christen Emanuel Kjaer Monberg and Axel Salto in Denmark in 1923.

TEFAF 2011 will have some 260 exhibitors from 16 countries in nine sections. In addition to exhibitors from established centers of the art and antiques market in Europe and North America, the 2011 Fair will include dealers from Korea, Uruguay and Argentina.