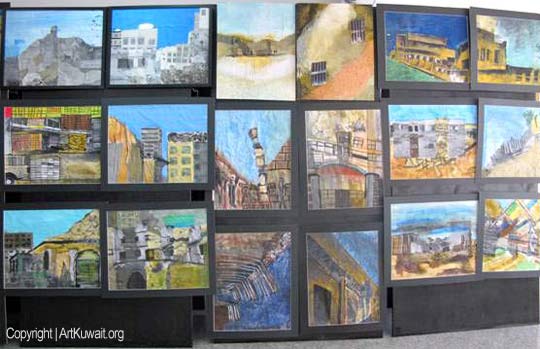 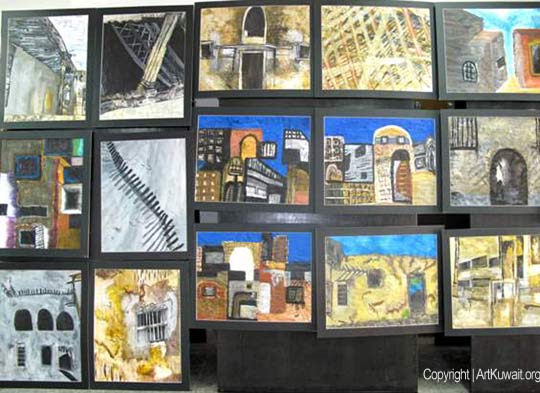 This project was completed by Mrs Hani’s, Art II, Year 10, students and was focused around the concept of war and the devastation it leaves behind. “Each student took photographs of Kuwait, of old war torn buildings, to create artworks that visually depicted an old essence of place. Students explored the concept of “Rip & Reconstruct” through their art making and application of textural materials. As Kuwait is being reconstructed in some areas, my students also ripped their photographs and reconstructed them to create artworks.” – explain visual arts teacher Angie Hani. 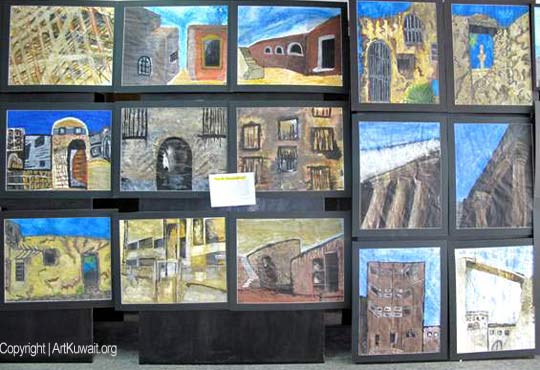 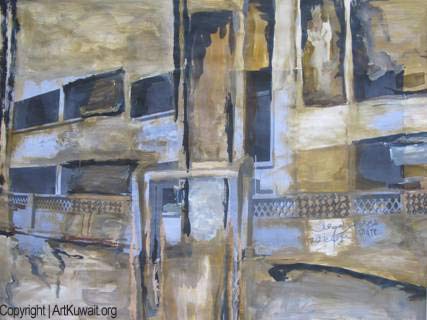 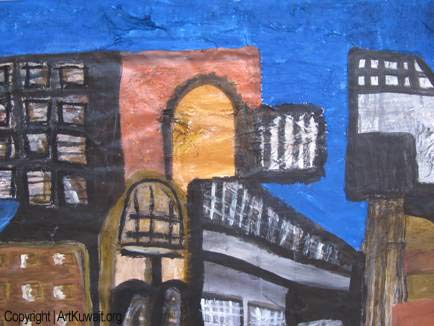 Exhibition runs till next week.