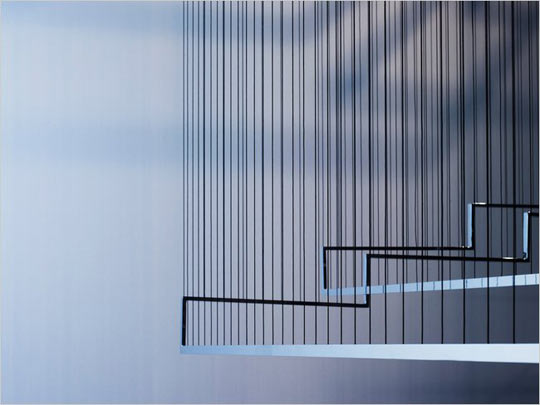 …..“Questions of identity and heritage have long been crucial in contemporary art,” the curator, Bice Curiger, said in March at a news conference in Paris. “‘Illuminations’ emphasizes the insight fostered by an encounter with art and its ability to sharpen the tools of perception,” Ms. Curiger said.


This year, national pavilions will include those from Egypt, Iran, Iraq, Syria, Turkey, the United Arab Emirates, Saudi Arabia, and a “Pan-Arabian” group show organized as a collateral event.
Confronting unrest, Bahrain and Lebanon canceled plans to participate.


Bahrain had been planning a collaborative project by Waheeda Malullah, a video artist, and Hassan Hujairi, a sound artist, said Melissa Enders-Bhatia, the commissioner of the Bahraini Pavilion.

“We had chosen the artists to work on an experimental project around light, sound and water, themes highly relevant to Bahrain,”’ she said. But “in the midst of it all, the political upheaval started. Ours was a very abstract installation. Under the circumstances, we hesitated to present it. We were unsure whether to be celebratory or critical. We needed time to digest.”


She said Bahrain would be back in two years.


Lebanon pulled out after the collapse of its unity government in January.


Egypt, on the other hand, will be there despite the revolution that toppled the regime of Hosni Mubarak. It will present a project in the name of Ahmed Basiony, an artist killed in Cairo, reportedly by sniper fire, in January on Tahrir Square. The work will consist of his footage of recent events in Cairo and a video performance by the artist recorded this year.


The Saudi project is less overtly political in content. Saudi Arabia, joining the Biennale for the first time, is to be represented by an installation titled “The Black Arch.” It is the work of two women, Raja Alem, a writer, and her sister, Shadia Alem, a visual artist. The work, the artists say, is an attempt to bring together their city, Mecca, and Venice through an abstract sculpture onto which the artists will project images and sounds of the two cities.


“This participation in the Biennale is revolutionary,” Shadia Alem said in an e-mail. “I hope this peaceful revolution continues.”……