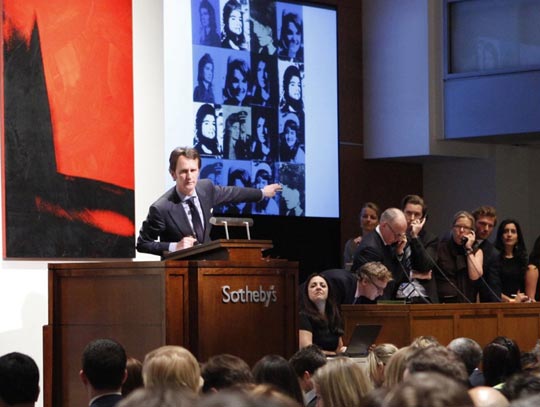 “It was a good night for Andy Warhol,” said Alex Rotter, Director of Sotheby’s New York Contemporary Art department. “We sold six out of the seven Warhol works on offer tonight, together bringing over $31 million. The sale was led by Sixteen Jackies, which sold for $20,242,500. There was extremely competitive bidding for Shadow (Red), which was vied for by four bidders and sold for $4.8 million, more than five times the high estimate. We saw solid prices for Statue of Liberty – $3,442,500 – and Round Jackie from the Collection of Dodie Rosekrans – $3,722,500.” 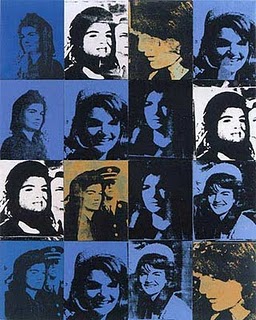 Jeff Koons’s Pink Panther, one of the most important works by the artist ever to have appeared at auction, sold for $16,882,500. The price is many multiples of the $1.8 million the work fetched when it last appeared at auction in 1999. The porcelain sculpture is the artist’s proof from an edition of three, with the other examples in the Museum of Modern Art in New York, the Museum of Contemporary Art in Chicago, and a prominent private American collection. 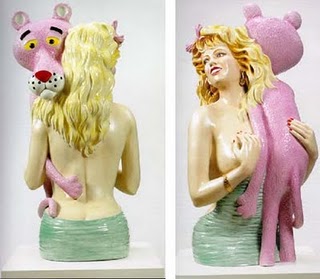 Leading the mid-20th century section was one of the largest and most important works from Lucio Fontana’s iconic body of work ever to appear at auction: Concetto Spaziale from 1965 sold for $6,242,500 (est. $6/8 million). David Smith’s Voltri-Bolton II, a steel sculpture from 1962 was purchased by the Colby College Museum of Art for $2,994,500, nearly reaching the high estimate of $3 million. The work had been tucked away in a private collection since 1979. In addition to Round Jackie, works from the Collection of Dodie Rosekrans included three significant paintings by Jean Dubuffet from 1945-54; they were led by the Portrait de Édith Boissonnas that sold for $1,142,500, well over the high estimate (est. $600/800,000).