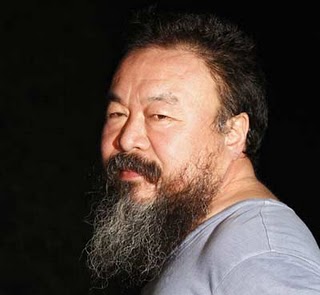 The most famous Chinese artist Ai Weiwei after held in the prison for eighty days finally being released on bail.

A man who became known for his words and his brazen and explicit works of art, Ai Weiwei has remained strangely silent meeting journalists in his studio.

“I can not give interviews to the situation where I am, please try to understand,” said the artist, before returning to his study.

“It ‘obvious that the neutralizing are: they are not allowed to say anything about his legal case,” said Jerome Cohen, an expert on Chinese law at New York University.

“He lost his freedom to criticize that made him famous in the world. It ‘a very sad situation. On the other hand, for him, it’s better than staying in jail and facing what could be a very heavy sentence.”

The Chinese Foreign Ministry said the Ai, remains under investigation for alleged economic crimes and that he was not allowed to leave their residence, suggesting that the government will keep up the pressure to prevent him from speaking.

According to some analysts, the release of Ai is not a sign of political change on the part of the ruling communist party. The authorities have muzzled dissent with secret arrests of lawyers and activists from more than 130 since last February, for fear that the anti-authoritarian revolts in the Arab world could have place also in China.